The only promotional company that participated was Greg Cohen Promotions (GCP), which won the purse bid with an offer of 202,114 USD.

Greg Cohen and Nicaraguan matchmaker Ricardo Rizzo attended the ceremony on behalf of GCP. The director of the WBA, Panamanian Aurelio Fiengo , directed the purse bid and he was assisted by the general secretary of the WBA Gustavo Padilla, and accompanied by WBA adviser José Oliver Gómez . 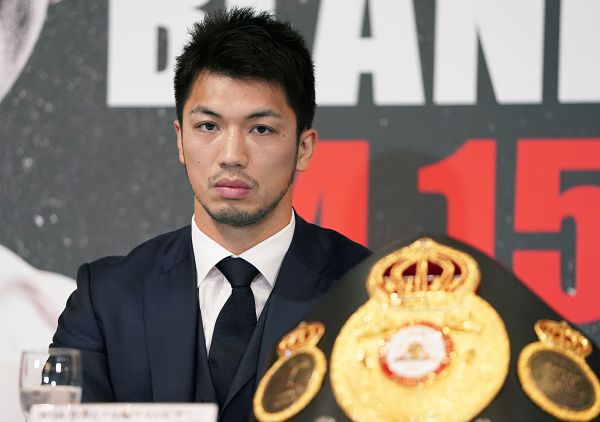 According to Cohen, the date and tentative cities to carry out the championship fight are being set down. He gave the date of October 27 - and taking place in Minneapolis, New York or Atlantic City.

Murata's promoter Top Rank did not participate and there is chatter circulating in the sport that he might vacate his crown.

Murata won his title after beating Hassan N'Dam in seven rounds, on October of 2017 in Japan.

Later on, Murata made the first defense of his WBA belt against Italian Emanuele Blandamura, fighter who he dispatched in the eighth round by technical knockout in April 2018 in Yokohama, Japan.

For his part, Brant occupies the second position of the WBA's ranking at 160 pounds, below Mexico's Saul "Canelo" Alvarez, who on September 15 will fight for the WBA's "super" championship Gennady Golovkin.

Brant suffered his sole defeat last year when he moved up in weight and lost a twelve round decision to former world champion Juergen Braehmer, as part of the World Boxing Super Series super middleweight tournament.

[QUOTE=Julia Slobberts;19018899]It sounds like [B]Murata's side didn't want to split the purses 50-50[/B], which is what the deal was originally supposed to be before Murata fought N'dam the first time.[/QUOTE] I understand that Brant had to wait longer for his…

Top Rank must not have any faith in Murata to allow themselves to be outbid for such a small amount. Even if you say they are shooting for the GGG/Canelo winner, neither of the two would fight again in 2018.

[QUOTE=Mammoth;19019044]Still looks bad on Murata's part. We probably end up with Brant vs Papot or Kamil Szeremeta but I'd love for this to end up with Rob Brant vs Maciej Sulecki for the vacant title.[/QUOTE] Yeah, especially at a time…

[QUOTE=Julia Slobberts;19018899]It sounds like Murata's side didn't want to split the purses 50-50, which is what the deal was originally supposed to be before Murata fought N'dam the first time.[/QUOTE] Still looks bad on Murata's part. We probably end up…

It sounds like Murata's side didn't want to split the purses 50-50, which is what the deal was originally supposed to be before Murata fought N'dam the first time.