Ryder is one of the frontrunners to fight Canelo in September.

Canelo was in action back in November, when he moved up by two weight classes to blast out Sergey Kovalev to capture the WBO light heavyweight title. He vacated the belt not long after. 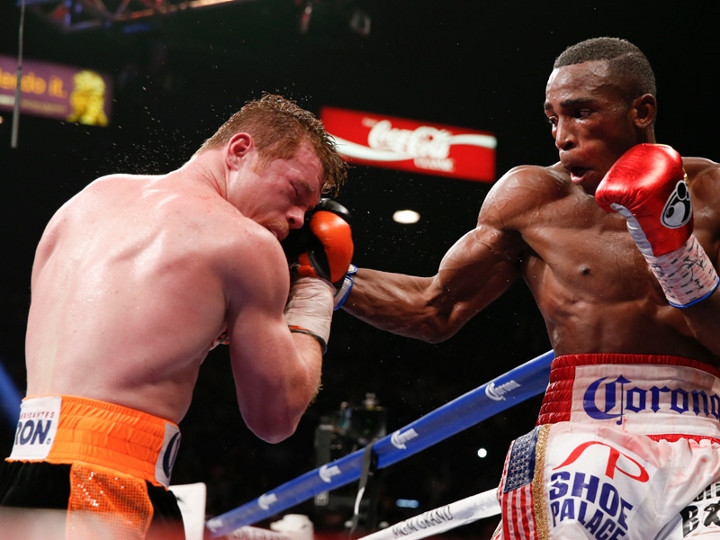 Canelo is expected to fight at the super middleweight limit in his next ring outing.

Ryder has studied Canelo and believes the multi-division champ has issues with southpaws.

“I believe he just really struggles with southpaws,” Ryder told The Mirror. “His win against Lara, who was a southpaw, I believe he was lucky to get the decision there that night.

“Obviously Lara is a tall southpaw and I’m a short southpaw, but I think we’ve seen him struggle against southpaws in the past and I believe I’d go in there with a real chance.”

At the moment Ryder has to hang back and wait for Canelo and his handlers to make a decision.

“At the current time I know that me and Derevyanchenko look to be the front-runners," Ryder said.

“We’re just waiting patiently, waiting to see what’s what and hopefully we can get right up there and get the shot. Obviously it’s going to come down to Canelo and his team. They call the shots so you’ve got to be a little bit patient and they’re going to decide in their own time who they’re fighting.

“They know they’ve got a fight on that date, and I guess they’re going to decide who they’re fighting and I suppose they’ll give people the least notice they can if possible. I’ve been training hard through lockdown and once the gym was back open it was nice to get in there."

He's not wrong is he... anyone with a decent set of eyes clearly saw Lara beating him that night. Canelo's record should have 3 definite losses on it ( 4 if you consider Golovkin the victor of the second fight)…

Slick, southpaw boxer types are the worst possible opponents. I don't think anyone looks good against them. Ryder isn't that type of southpaw, doe.

Everyone has issues with southpaws, they do everything backwards, just ask Smith...

[QUOTE=JakeTheBoxer;20660226]It is hard to say in which division Canelo plans to stay, he fought in 3 divisions in last 2 years.[/QUOTE] I like that. Old school yo-yo weights. It means Canelo is one of the very few whom if he…

[QUOTE=Mexican Bidness;20660211]You give a “chance” from Cruiser to 160... don’t stop at Cruiser might as well list HW and Welterweight[/QUOTE] It is hard to say in which division Canelo plans to stay, he fought in 3 divisions in last 2…