This fight was a big step up in class for Paulin, who had his biggest win to date against Stephen Tiffney in December 2017. He only had one fight in May of last year. He's been inactive since then.

Walsh won the British crown when he stopped Marco McCullough in May of 2017. He fought to a draw with Isaac Lowe in February, and then won a twelve round split decision in December over Reece Bellotti. 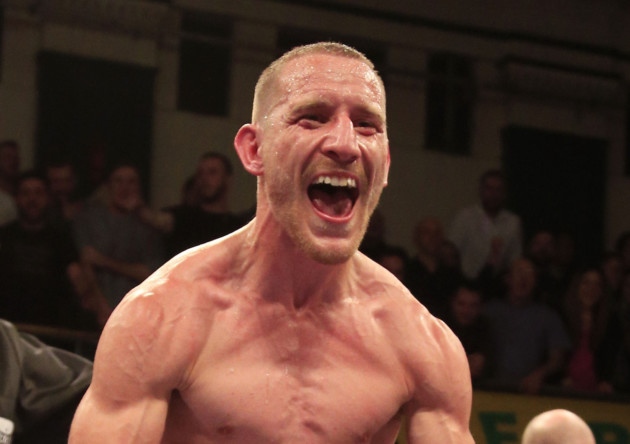 Despite falling short of experience, Paulin did well in the fight during certain rounds with his jab and quick counter punches.

But Walsh was too much at times, with the better punches, the stiffer shots landing and the more accurate workrate.

Walsh built up a solid lead as the contest entered the late stage. Paulin showed his worth when he stepped up in the championship rounds to let his hands go and take the fight to Walsh.

There was a clash of heads in the twelfth and final round, that opened up a bad cut around the right eye of Walsh.

In the co-featured attraction of the card, Ohara Davies (19-2, 14 KOs) was fortunate to win a ten round decision over former world champion Miguel Vazquez (41-7, 15 KOs)

Davies was not happy with his performance and he actually felt the score was too wide, showing disgust when the score was announced and actually raising Vazquez's hand.

[QUOTE=Oldskoolg;19865978]It’s so bad that I even cancelled my ESPN+ subscription....I now have no apps for boxing[/QUOTE] I do not blame you for canceling ESPN+ subscription, because ultimately, they are presenting mismatch after mismatch.

[QUOTE=Dasmius Shinobi;19865893]Not all the cards are bad, but this card of today was s[I]hit[/I]ty and boring from the first fight to the final fight from bottom to up.[/QUOTE] It’s so bad that I even cancelled my ESPN+ subscription....I now have…

[QUOTE=Oldskoolg;19865782]I just don’t find most of these British based cards entertaining[/QUOTE] Not all the cards are bad, but this card of today was s[I]hit[/I]ty and boring from the first fight to the final fight from bottom to up.