Ryan Garner Back After 14-Month Hiatus, Gets Points Win In London

Ryan Garner made a winning return to the ring across the six-round distance.

‘The Piranha’, from Southampton, had suffered from dedication issues in the past and has been out of the ring for 14 months.

But Garner, 22, seems to have finally got his act together as he came back against Jamie Quinn at Bethnal Green’s famous York Hall venue on Saturday night. The fight formed part of the build-up to the big heavyweight showdown between Deontay Wilder and Tyson Fury. 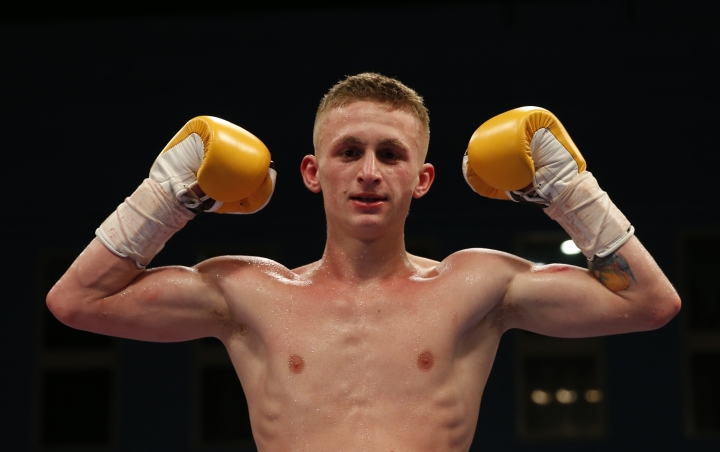 The pair clash at the MGM Grand Garden Arena in Las Vegas, exclusively live on BT Sport Box Office in the UK and ESPN + & Fox Pay-Per-View Stateside, and the promoter of ‘The Gypsy King’ Frank Warren decided to stage a card at the spiritual home of British boxing in a bid to whet the appetite.

The card, which will have a portion of it simulcast on ITV, will be topped by the British and Commonwealth super-bantamweight title rematch between Brad Foster and Lucien Reid.

Garner fainted twice on the scales within a seven-month period last year, but he insists that he is back on track after getting back to it and showing the crowd exactly what he has in his locker at this embryonic career.

He made his debut at the same venue almost four years ago and is progressing well. He will be hoping for tougher tests and plenty of activity after outpointing the game Quinn, from Stockport, by a margin of 60 points to 54.

Garner will be delighted to be back in action and will be hoping to keep busy in a bid to keep focused and fulfil the talent that many know he has.

Meanwhile, Muhammad Ali made a successful start to his professional career. The former Olympian, who campaigned at Rio in 2016, was scheduled to turn over towards the back end of last year. But Ali was forced to wait for his debut and made a good impression in his first start as he won by second-round disqualification against Stefan Sashev.

Former outstanding amateur duo Eithan James and Louie Lynn each got wins to continue their unbeaten records, with James outpointing Michael Mooney and Lynn getting a third-round stoppage over Brayan Mairena, and there was a win for Alex Bishop to kick-off the show.