ANAHEIM - Lightweight Alejandro Reyes defeated Nelson Colon (4-2, 3 KOs) of Puerto Rico by unanimous decision over four rounds. Scores were 40-36, 40-36, and 39-37 for Reyes, who improves to 3-0, 2 KOs. Reyes, who resides in Mexicali, Mexico, landed the more-effective punches throughout most of the fight.

Unbeaten Bektemir Melikuziev stopped late-sub Oscar Cortes in the opinion round of a light heavyweight clash.

Melikuziev (5-0, 4 KOs), who is originally from Uzbekistan and now resides in Indio, California, was originally scheduled to face Marco Antonio Periban, but Periban backed out of the fight Wednesday night.

Cortes (27-6, 14 KOs) was brought in Thursday night from his hometown of Zapopan (near Guadalajara), Mexico, but offered very little resistance for Melikuziev.

From the opening bell, Melikuziev closed the distance between the two fighters. Moments later, a left cross to the head dropped Cortes to the canvas. Cortes would beat the count, but it was only a matter of time before Melikuziev would again punish Cortes.

With about a minute left in the round, a sweeping left cross to the body dropped Cortes to the canvas. Cortes remained on one knee as referee Eddie Hernandez waved the fight off at 2:05.

Melikuziev is trained by Joel Diaz.

With the victory, Sanchez, who resides in Parlier, California, improves to 7-0, 6 KOs.

The taller Sanchez would switch from conventional to southpaw as he traded in the center of the ring with Evangelista. With about a minute left in the opening round, a sweeping right hand dropped Evangelista to the canvas. Evangelista was game after getting up, but he continued to trade with Sanchez, which would eventually be his downfall.

About midway through the second round, another right cross to the head dropped Evangelista (20-12-2, 16 KOs) to the canvas. Evangelista stood up, but referee Jerry Cantu saw enough and stopped the bout at 1:52.

Both fighters were on the attack from the opening bell. Casillas (8-2, 4 KOs) was the busier and more-effective fighter during the first half of the fight, but looked tired in round four. Nava connected more with lead and counter right hands to the head during the final two rounds of the fight.

Originally, all three judges scored the bout 57-57, a draw, but after recalculating the scores, Nava was announced as the winner. 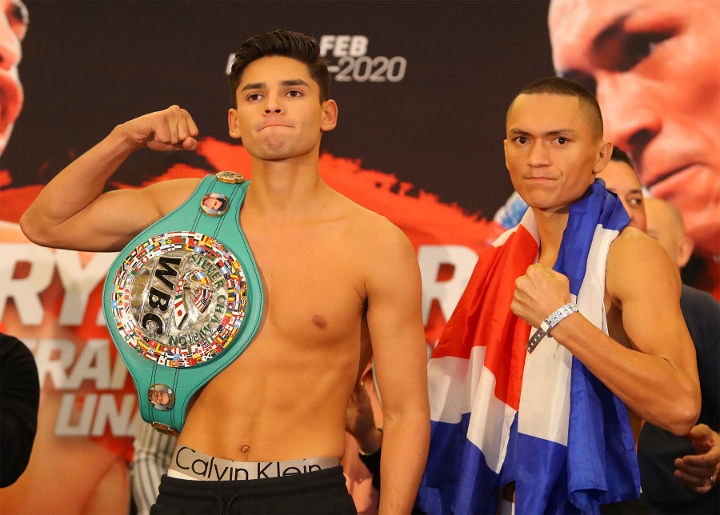