Ryan Garcia: My Brother Don't Train; Wants To Be A Police Officer, Not A Boxer

The emerging Garcia knows his younger brother barely trained for his four-round fight against Rene Marquez on the undercard of his showdown with Luke Campbell. Sean Garcia boxed accordingly during a four-round lightweight fight that the Victorville, California, native won by majority decision at American Airlines Center in Dallas.

Sean Garcia remained undefeated by beating Marquez (6-0, 2 KOs). The 31-year-old Marquez is below .500 in 11 professional fights (5-6, 2 KOs), however, has lost six of his past seven bouts and the Scottsbluff, Nebraska, resident hadn’t boxed in nearly 2½ years before facing Garcia. 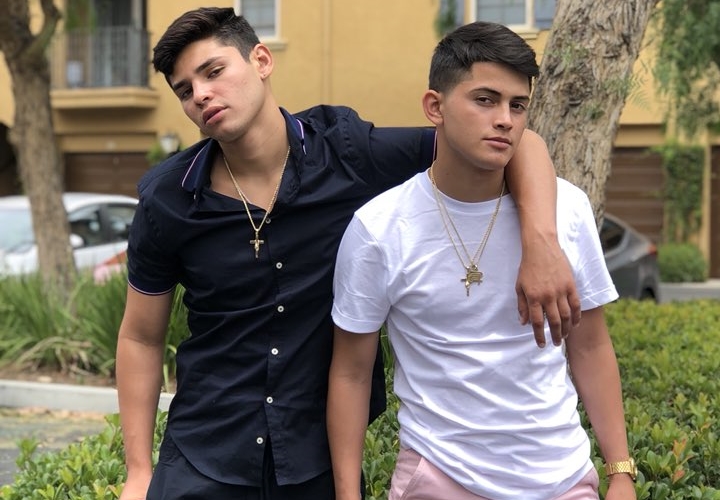 Whereas Ryan Garcia established himself as an elite lightweight by knocking out England’s Campbell in the seventh round of the main event that night, Sean Garcia further demonstrated to his big brother that the 20-year-old southpaw isn’t completely committed to training or to reaching his potential as a professional prizefighter. Sean Garcia met Marquez at the lightweight limit of 135 pounds, by far the highest weight at which the natural featherweight has competed.

Ryan Garcia (21-0, 18 KOs) discussed Sean’s approach to the Marquez match and his career during a recent appearance on “The Ak & Barak Show,” which streams daily on DAZN and SiriusXM.

“I [wasn’t] nervous,” Ryan Garcia said to co-hosts Barak Bess and Akin Reyes. “I knew Sean was gonna fight like he did. Sean don’t train a day in his life. That man don’t care. That man, you know, Sean’s the type of person, he just don’t care! You know what I mean? Like, I asked him like, ‘You good?’ He’s like, ‘Man, I don’t care about this fight.’ I was like, ‘All right. I mean, I know it’s four rounds, but if you don’t train four rounds feels like 12.’ I mean, Sean knows that.

Then what the hell is he doing in the ring? I mean, when did boxing support so many bxtch ass dudes acting like you play boxing?

[QUOTE=Straight Up;21014463]lol i feel you. kind of like them asian family naming their kids Leonidas, Maximus, Spartacus etc etc and them last name is Xi. Leonidas Xi. the fack?[/QUOTE] Miguel Ángel Murphy

[QUOTE=YoungManRumble;21014251]They're American. They don't even speak Spanish lol[/QUOTE] true true my mistake, i did actually realise he was american, i just knew he had a mexi element too

Put him in with me I’m 52 and still can make weight and would love to whip his asssss just because he seem like a spoiled asssss kid!