Ryan Garcia will make a guaranteed purse of $250,000 to fight Francisco Fonseca on Friday at the Honda Center in Anaheim, California.

BoxingScene.com obtained documents filed with the California State Athletic Commission, which shows that Fonseca will earn $30,000 in a fight that will stream on DAZN.

Garcia also reeled in $250,000 for his last fight in November, a 98 second destruction of Romero Duno in Las Vegas. Before the Duno fight, Garcia earned $50,000 in March against Jose Lopez in Indio, California for an event that reached $1 million in gross revenue. 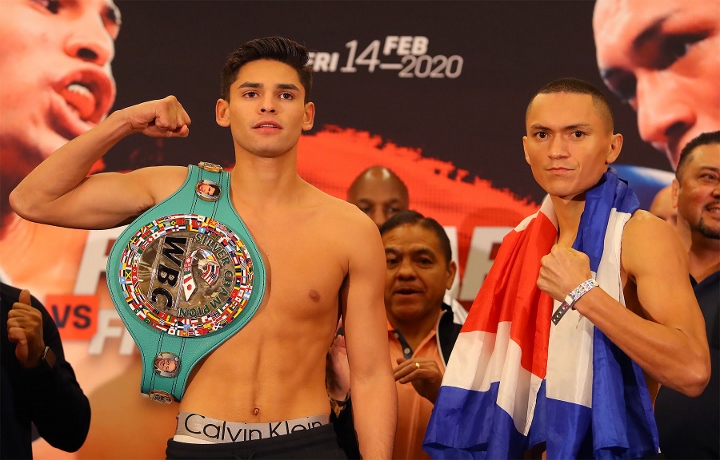 Garcia clashed with Golden Boy Promotions several times last year on social media, stressing that he needed to be valued more, not only with his pay, but with his main event status as well. A contract extension in September patched the relationship back together, and both parties have been happy ever since, highlighted by Garcia’s pay, and being showcased at the arena of which the NHL’s Anaheim Ducks play their home games.

In the co-main event, former world champion Jorge Linares will earn $100,000 in his fight against Carlos Morales, who will earn $80,000.

Garcia worth that, almost as absurd as only 30 paid to Fonseca. That's one way to unmotivate your opponent.

[QUOTE=kilojay505;20391052]The reason why every fighter wants to sign with Al[/QUOTE] Yip, true that. Even manny pacquiao came to al haymon after being robbed blind by bob arum

[QUOTE=MxcoFistology;20390457]Finally ryan is starting to make a little bit of what hes worth..just a couple fights ago he made 25k . Gloden boy really underpays their fighters, victor ortiz made 25k when he fought andre berto for the championship of…

[QUOTE=ThatDude44;20390984]But Ryan has like 5 million followers so he has a follwing[/QUOTE] How many of those are already boxing fans? We are talking about non boxers with an audience that knows they are rich as fk already but will sit…