Everyone has the same questions when they start.

The questions grow louder for those who garner fans sooner. Ryan Garcia’s social media following was there before he had what anyone would call quality wins. No fighter has those until they do.

Garcia is a potential star already. He’s not quite proven as a real contender. With a win Saturday night (DAZN, 5 PM EST), he would be.

Luke Campbell won Olympic gold in 2012 but professional gold has eluded him. He has a chance to win an interim WBC strap here, making himself a de facto mandatory for Devin Haney. A loss to Garcia could signal the end of his hopes. Can he gather the sum of his experiences to send the younger man to the learning tree? 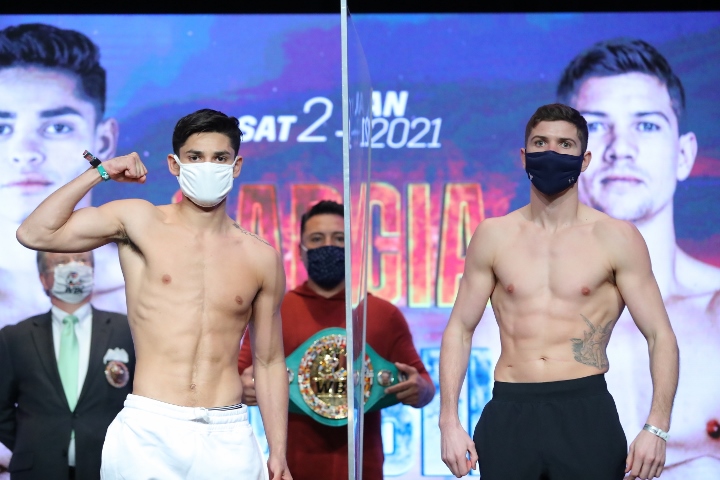 The Pick: Garcia has been well groomed to the point where he appears to be maturing into his full form. Given his height and frame, he may be a Jr. welterweight sooner than later. There have been some visible improvements in Garcia’s game in recent fights to compliment natural physical tools. Garcia has real pop and excellent hand speed; his timing, defense, and sense of space are coming along as well.

Garcia appears quicker than Campbell but speed can be contained and Campbell has seen his share. Campbell is a solid fundamental boxer with a good jab who looks the lanky Garcia nearly in the eye. Campbell’s beard has been an asset to date and he has to be fighting from a position of desperation. He’s good enough to force the Garcia train back to the station for some more tuning.

Still, this has the feel of a coming out party for a fighter with big plans ahead. There is a bit of a formula to such fights, a trick of timing to make sure a prize pupil is ready to matriculate. As the visiting team, Campbell may have to win more demonstrably than just nicking rounds might allow as well. Add it up and this feels like a Garcia win to start the year with a chance to advance at the least and impress at the most.

Would a Garcia win lead to the first showdown of the young gun crop that has everyone excited around the lightweight limit? We can’t wonder about Garcia-Haney until Garcia-Campbell is done.

It’s often more fun to be wrong. Watching Kazuto Ioka put together one of the most complete outings of his career was one of those times. He contained, broke down, and defeated a younger Kosei Tanaka who arrived with a smart, responsible game plan. Tanaka may have to wait a while to get another crack at a fourth divisional title and could be well advised to return to flyweight for now. Ioka on the other hand has put himself in position to face whoever emerges from the trio of Juan Francisco Estrada, Roman Gonzalez, and Srisaket Sor Rungvisai. Jr. bantamweight’s best are aging but they also are still fighting each other. Make a case for the talent in whatever weight one wants. With the competition in-ring maintaining the quality it does, this remains arguably boxing’s best division.

[QUOTE=cace;20992772]i know hes good but i cant see him beating garcia on points a ko is hes only chance[/QUOTE] True that. Garcia wins..

thought for a second ryan was done after getting dropped by that overhand ... but kid got huge heart , did not abandon game plan to keep pushing forward campbell did pretty good, great fight !

Campbell does not handle pressure fighters well. He pushes with his jab, using it for a measuring stick, so opponents always know when the [I]real[/I] punch is coming. If Garcia maintains a high work rate and walks him down with…

I got Garcia, but I am.actually leaning a wide UD with a knockdown or two. Campbell is good and will try to win, but he will recognize when he is in danger of getting flattened and change tactics. He may…

At least everyone is solid on there picks this fight I am no different. Anyhow the undercard I am looking towards the two Alvarado brothers fighting. Got the 108 Felix going against the kid Kriel from South Africa and Rene…