CARSON, California – Seniesa "Super Bad" Estrada (13-0, 3 KOs) defeated Amarilis Adorno (1-7) of Vega Alta, Puerto Rico via third-round technical knockout in a flyweight battle initially scheduled for six rounds. Estrada cut Amarilis with a punch in the second round and punished her for most of the third. The cut eventually forced the referee to end matters at :38 of the third round.

"I knew I was going to knock her out at some point," said Seniesa Estrada. "I knew the referee stopped the fight because of the cut over her eye. I just kept landing my left hook aiming for her eye knowing she'd give up soon. I hope that the next time I fight, I really get to show my fans what I'm made of. I want my next fight to be a world title. I'm ready." 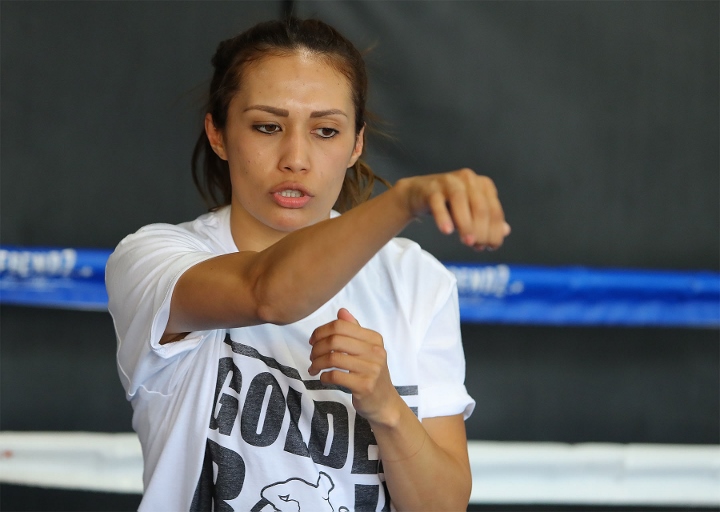 Marvin Cabrera, a middleweight prospect from Los Angeles, remained unbeaten by stopping Wilfrido Buelvas in the third round of a scheduled eight-rounder Friday night at StubHub Center.

Colombia’s Buelvas took a knee in the third round and claimed Cabrera hit him behind the head. Referee Jerry Cantu began counting and although Buelvas got to his feet before Cantu’s count reached 10, Cantu stopped the fight.

A frustrated Buelvas protested, but his record still slipped to 18-9 (12 KOs). The time of the stoppage was 1:11 of the third round.

Cabrera improved to 8-0 and recorded his sixth knockout.

The Cabrera-Buelvas bout was part of the Ryan Garcia-Jayson Velez undercard Friday night.

Acevedo landed numerous power shots during the first round and dropped Aceves toward the end of that opening period.

What do you expect from this guy that is 18 -9 coming from Colombia he was probably packing something and had to distribute...