Ryan Garcia: I'm Going To Get Disrespectful With Gervonta Davis

Gervonta Davis was charged with simple battery domestic violence in February after a video showed him getting into a physical altercation with his former girlfriend and the mother of his child in Miami. Davis later turned himself in to Coral Gables Police.

Ryan Garcia has been jawing back and forth with Davis in recent weeks, and he believes Davis’ actions outside of the ring will have a negative impact on the WBA lightweight titlist and 25-year-old Davis (23-0, 22 KOs).

“It’s all going to cost him,” Garcia told Fight Hype. “That’s stress on the human body. He’s f--king up big time, you know what I mean? It’s going to catch up to him when he fights me. I’m not a person that is going to lay down on him … I’m coming up with a lot of things from people to make this fight even more hyped. I’m chasing him down, and I’m going to get disrespectful with him as much as I can to make the fight happen. I think he wants to cash out. He wants to make a lot of money. That’s what he’s focused on.” 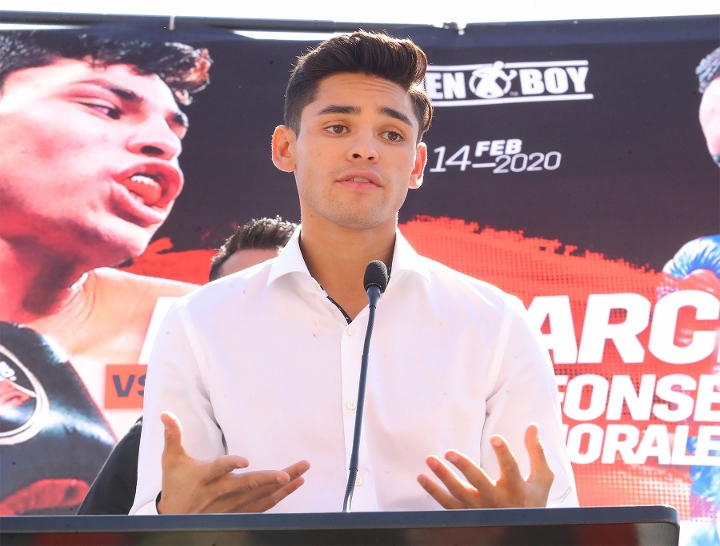 Garcia is positioning himself to fight with Davis sometime down the line. In the immediate future, it appears both fighters have other tests in front of them. Garcia (20-0, 17 KOs) is slated to fight Jorge Linares while Davis has his eyes set on making his pay per view debut against Leo Santa Cruz sometime this summer in Los Angeles.

Davis is coming off a 12th round TKO win over Yuriorkis Gamboa in his lightweight debut, but Garcia feels that his opposition has not stacked up to be a significant one.

Good good I like that energy. It’s ok to disrespect scums like Davis so keep doing it. Im so excited about this potential matchup. I like Ryan Garcia.

[QUOTE=HaymonzPlanet;20494717]RYAN BUMCIA THE ANIMAL GARBAGE TOOK HIS OBESE MOTHER OVER TO HIS BABY MOMMAS HOUSE TO BEAT HER UP LMFAO... TYPICAL COWARD!:unitedsta:unitedsta:unitedsta[/QUOTE] Honestly don't care what Ryan does, not a big fan. Does nothing in the sense proving Davis isnt…

He will never fight Tank that's why he's carrying on like this. All mouth with no fight💯 🥊