Roy Jones: Fury-Joshua Winner? Depends on Which Fury Shows Up

And Joshua reclaimed the WBA, WBO, IBF, IBO heavyweight titles back in December, in Saudi Arabia, when he won a dominant twelve round decision over Andy Ruiz. 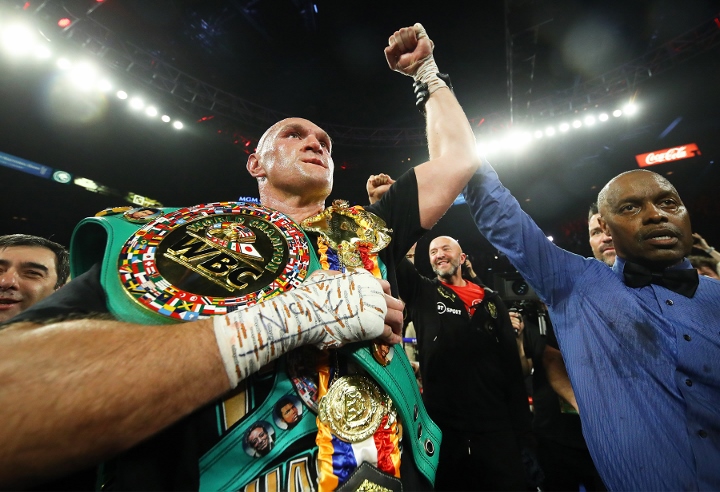 In the aftermath of his big win over Wilder, Jones is concerned that Fury might lose his head.

After he shocked the world in beating Wladimir Klitschko in November of 2015, Fury then fought depression and substance abuse issues - which caused him to be away from the ring for two and a half years.

"It’s a tough fight, it all depends on which Tyson Fury shows up. This is what you’ve got to hope for, this is what you’ve got to hope he’s scared of. And I hope Tyson Fury is listening to this: Don’t go making the same mistake you made after you beat Klitschko. Because if he makes that mistake, AJ will beat him. At the same time, if Tyson Fury comes out with the same fight and desire that he had to beat Wilder this time, then it’s going to be a tough night for AJ," Jones told Fighthype.com.

Jones also placed the blame on Wilder for the costume snafu. Wilder claims his ring walk costume weighed over 40-pounds, and it weakened his legs by the time the fight started.

"You gotta remember who you’re asking! I played a basketball game before I fought. I’ve got a weighted suit that I work out in, that I shadow-box in, before I fight most of the time now. So to me, if you in shape to fight you in shape to fight whatever they put you through. You’ve got to be prepared for whatever. And you put yourself though that. You think I’m going to put on a costume and walk to the ring when it ain’t never worked before? No I’m not," Jones said.

[QUOTE=PunchyPotorff;20430955]What's Roy going on about ancient history 5 years ago? Here's the thing IMO... go back and watch Fury before during after the first Wilder fight. Then immediately do the same thing after this second fight. What I see is…

What's Roy going on about ancient history 5 years ago? Here's the thing IMO... go back and watch Fury before during after the first Wilder fight. Then immediately do the same thing after this second fight. What I see is…

Wilder is a mess! He should just accept being beaten by Fury. I like what and how Joshua reacted to his defeat. He calls it "punch from the gods".

It is hilarious to me how everyone is dumping on Wilder for his excuses. Honest question, is there any media, boxer, or trainer that supports Wilder's claims of (1) the costume was too heavy and (2) Breland should not have…