PHILADELPHIA – Jeison Rosario will have to beat Julian Williams again before he could move toward the biggest fight for the newly crowned champion within the 154-pound division.

Sampson Lewkowicz, Rosario’s promoter, thinks that showdown with WBC super welterweight champion Jermell Charlo could happen by the end of this year, though. Houston’s Charlo had hoped to face Williams in a 154-pound championship unification bout, but Rosario stopped the heavily favored Williams in the fifth round Saturday night at Liacouras Center on the campus of Temple University. 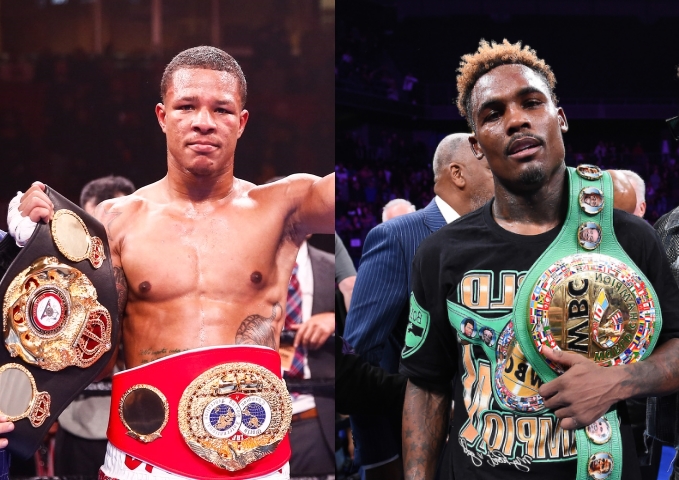 Philadelphia’s Williams (27-2-1, 16 KOs, 1 NC) indicated in the immediate aftermath of his stunning defeat that he’ll exercise his rematch clause and wants it to happen immediately. If Rosario (20-1-1, 14 KOs) were to defeat Williams again, he might have to make a mandatory defense of his IBF junior middleweight title before he’d be permitted to challenge Charlo.

Russia’s Bakhram Murtazaliev (17-0, 13 KOs) is the IBF’s No. 1 challenger for Rosario’s title. That mandatory defense already is due, but an immediate rematch with Williams would supersede that mandated matchup.

“First of all, we need to wait for Williams to make a decision,” Lewkowicz said. “I will wait as long as I can to give him the rematch. But [Rosario] has a mandatory due with the IBF. I will honor the IBF mandatory if Williams decides not to take the rematch immediately.”

“ON HOLD AGAIN,” Charlo stated, referring to a unification fight. “LIONS ONLY WANT ALL THE BELTS. NO WAY EITHER ONE OF THESE 154 WILL BE ABLE TO TAKE THIS LION POWER.”

Charlo referred to the two other boxers that hold 154-pound titles – Rosario and Patrick Teixeira.

The 29-year-old Charlo (33-1, 17 KOs) won back the WBC 154-pound crown by knocking out Detroit’s Tony Harrison (28-3, 21 KOs) in the 11th round of their rematch December 21 at Toyota Arena in Ontario, California. Harrison had upset Charlo by unanimous decision in their 12-rounder almost exactly one year earlier at Barclays Center in Brooklyn.

Charlo for me in this one if it happens

Haymon will keep Jermell Charlo away from Rosario....watch and see. If I'm gauging this correctly they'll match Rosario with Hurd or Williams II down the road but not Charlo, he's he's the attraction, the 154 PBC money maker at this…

The Kid beat the Champion ... Now the PUBLIC relations employees are talking about The Champion had a weak Chin SMH ... Julian Williams is a helluva fighter it just wasn't his night... 154lb division is stacked ...

Harrison jab was there and still didn’t work so I don’t wanna hear about that clown no more. Jrock overrated. This 154 division is Charlo’s to lose so all of you causal ****suckers stfu