The Dominican underdog’s promoter suspected all along that Williams viewed his boxer as an “easy” optional opponent on his way to a 154-pound title unification fight against WBC champion Jermell Charlo. Philadelphia’s Williams was consistently listed as at least a 30-1 favorite over Rosario, the foe Williams picked for his first hometown fight in more than eight years Saturday night at Temple University’s Liacouras Center.

“Definitely, Williams overlooked him,” Lewkowicz told BoxingScene.com following Rosario’s upset. “He was too pumped up from the win that he had [over Jarrett Hurd]. And he chose this fighter [Rosario]. He felt like he can beat him easy. He didn’t understand that this kid has everything to be a champion for a long time.” 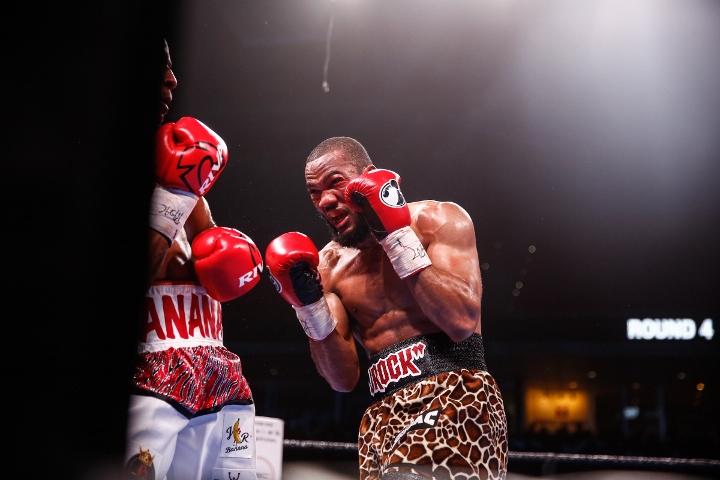 Rosario rocked Williams with a right-left combination approximately 50 seconds into the fifth round. Williams went backward after taking that follow-up left hook from Rosario (20-1-1, 14 KOs), who swarmed Williams (27-2-1, 16 KOs, 1 NC) and unloaded an array of power punches as Williams attempted to cover up and hold.

Rosario pushed Williams to the canvas with 1:48 to go in the fifth. Once he got up, Rosario drilled Williams with a right uppercut and then a left hook that caused referee Benjy Esteves to step between them and stop the action at 1:37 of the fifth round.

The stunning result caused disgruntled fans to throw things into the ring once Esteves stopped the fight. Lewkowicz was one of the few people in the arena who wasn’t surprised.

“I knew it would be this way,” Lewkowicz said. “This is no surprise to me. I said to everyone before the fight that he would win by KO before the sixth [round]. It’s not like I came up and said this after the fight. I said it on Friday.

“I know my fighters. I have a different point of view. I saw every fight he did. So, I know my guy. I know why he lost with [Nathaniel] Gallimore. I told him it was because he thought with only one punch, he could win the fight. That doesn’t happen. So, he learned.”

Gallimore (21-4-1, 17 KOs) floored Rosario three times on his way to a sixth-round, technical-knockout win in April 2017 in Las Vegas. Williams beat Gallimore by majority decision in their 12-rounder nearly a year later, also in Las Vegas.

Those dissimilar results against Gallimore were among the reasons Williams was such a heavy favorite. Nevertheless, Williams stated during an interview with BoxingScene.com following a press conference Thursday that he was in no way overlooking Rosario, who stated Williams wasn’t being honest when he praised Rosario.

[QUOTE=Jab jab boom;20336677]Saying this kind of dimisnhes your fighters win. It'd sound better he said, j Rock was ready, rosario was just too good and strong for him.[/QUOTE] Agreed. I just don’t think he thought his fighter was going to…

Saying this kind of dimisnhes your fighters win. It'd sound better he said, j Rock was ready, rosario was just too good and strong for him.

I don't agree. J-Rock was in excellent condition and was fighting a good fight. Rosario was very prepared and once that cut opened in J-Rock's eye he could not see that excellent right hand coming. It was a good fight…

Damn right he did