Rosario: It Has Been Easier For Me To Train During Pandemic, No Distractions

There was never going to be any other summer plans for Jeison Rosario other than to get himself into supreme condition for the biggest fight of his career.

Like all other boxers during this time, Rosario is forced to make due with the resources available given the ongoing coronavirus pandemic. Not only has that not been an issue, but actually working to his benefit.

“To be honest, it’s been easier to train during the pandemic,” Rosario told BoxingScene.com. “We’ve been able to concentrate more on just preparing for this fight. With so many things shut down, there isn’t anything we can do anyway other than train and quarantine.

“When I came to training camp, I wasn’t interested in anything besides preparing to beat Jermell Charlo. It’s been easier to train without any distractions. The only places I am able to go anyway are to the gym and then back to the house. Nothing else interests me.” 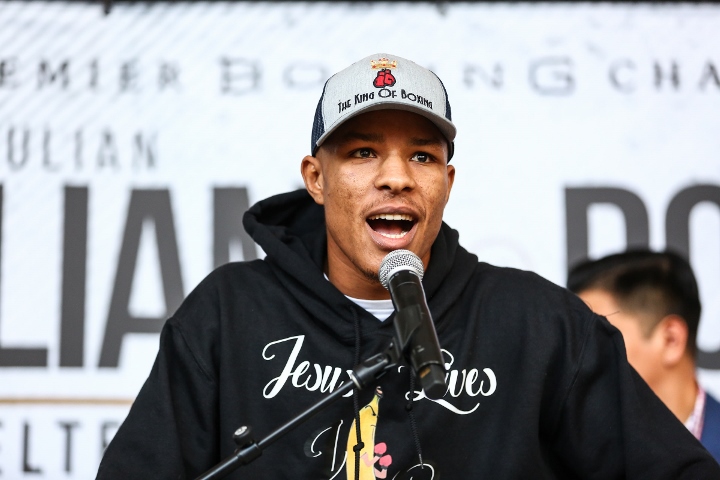 The feeling from the hard work put in has somehow surpassed what he enjoyed following a full camp for his last outing—a 5th round upset win over Julian ‘J-Rock’ Williams to claim the WBA and IBF titles which Rosario will defend on September 26. Preparation for that fight was taken to a new level, at the urging of no-nonsense head trainer Luis Pérez whose list of rules at his Miami training facility include the demand for anyone not willing to fully buy in to the program to pack their bags and head home.

It clearly resonated with Rosario, to the point of carrying over into this go-round.

“The last camp we had was the first one that was different from all of the others in my career,” admits Rosario. “It was my first time really putting in all of the hard work necessary to get through a full training camp and achieving greatness. My body grew accustomed to it and it made things much easier for this camp.

“It’s terrible what is happening in the world. But for my own career, I had to find a way to make these times work to my advantage.”

Pulling for Rosario... the kid is humble and the charlo kitties aren’t... I’ll support a humble champ over a loud mouth all day