The two boxers collided for the interim-WBA lightweight title on Saturday night at the Mohegan Sun in Connecticut, with a controversial ending that rubbed fans the wrong way. 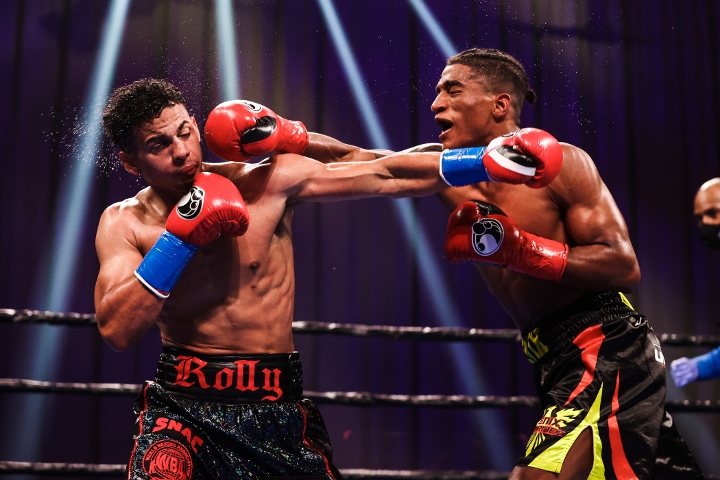 Mendoza has spoken with both teams about the outcome and the possibility of staging a rematch.

“I just spoke with both teams and we are going to study the possibility of a rematch," said Mendoza.

Before the fight took place, Romero had predicted a victory with a brutal knockout.

The boxing ability of Marinez kept the power of Romero at bay. He was unable to get off with many flush shots, as Marinez used his legs to move around while throwing a sharp jab. Romero was chasing him around and at times was able to connect, but Marinez showed off a solid chin to take those punches.

Marinez felt he should have been the winner and intends to contest the outcome, hoping for a rematch to get ordered.

“That was pure robbery,” Marínez said. “I won the fight. I out-jabbed, out-boxed him. You could tell he didn’t think he won the fight right afterwards. It’s a robbery.”

Floyd should cash out on Rolly who sucks by letting Tank murder him in 2 rounds!👋🏿

[QUOTE=SouthPawHitman;20710405]That’s some BS!!! Rolly clearly won that fight!!![/QUOTE] He didn’t clearly win a single round. The closest he came was the 8th and I don’t know that he won that.

u really think Floyd is going to let Rolly get his ass beat up again? don't hold ur breath for a rematch

There would be no need for a rematch if judges made right decision in the first place!