Duno has been training in Las Vegas with head coach Rodel Mayol and assistant coach Stanley Godinez. He was also under the tutelage of strength and conditioning coach Angel “Memo” Heredia who was very impressed with the hard work and dedication of Duno. 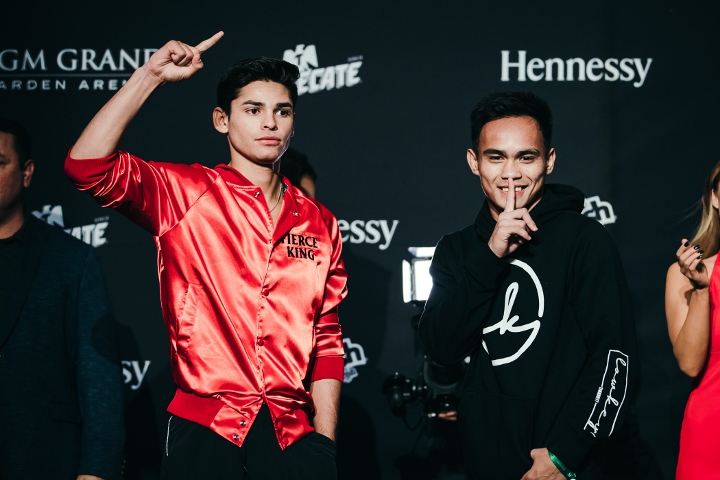 The bout will serve as the co-main event under the Canelo Alvarez-Sergey Kovalev card on November 2 at the MGM Grand Garden in Las Vegas and is so far the biggest fight for the Filipino prospect.

“I am 100% ready for Garcia, I am just four pounds above my weight limit and will have no problem shedding the extra pounds. I had an excellent training camp and have never felt this good. I will get Ryan Garcia with everything I have. This is my biggest fight. My biggest break. I will not put it to waste. I know what Garcia is made of. He is strong. But I have my own game plan. As long as I follow it I know I will take home the win," Duno stated.

Sanman boxing CFO Dexter Tan  is also confident that his ward can shock the world on November 2.

“Everyone in his camp was impressed about his hard work. Battles are won in the training camp. So as long as Duno sticks with the plan and gives his everything, then he will be the next big name at 135. I am confident about the kid. This is his biggest break. He should grab it," Tan said.

[QUOTE=PBR Streetgang;20154556]I'm pulling for Duno but my mind is telling me that KingRy is going to jab and move and grab his way to a decision. Duno is aggressive, hard hitting and tough but I see the shorter, slower Romero…

I'm pulling for Duno but my mind is telling me that KingRy is going to jab and move and grab his way to a decision. Duno is aggressive, hard hitting and tough but I see the shorter, slower Romero getting…

Duno is gonna get him outta there like an evacuee! Duno by stoppage in 6

[QUOTE=djb914;20152896]Is this Fight going to start the Televised card? It seems like it would be the fight just before the Main Event, But with Reynoso training both Ryan Garcia and Canelo he might want time to get Canelo ready.[/QUOTE] This…

Duno lands that wild right hook to the chin, fight is over! :cool2: