Roman: I Want A Rematch With Akhmadaliev; I Want Those Titles Back

Daniel Roman is determined to win back his titles.

To remain in position to earn an opportunity to regain those championships from Murodjon Akhmadaliev, the former IBF/WBA 122-pound champ must get past Juan Carlos Payano. Los Angeles’ Roman and Miami’s Payano are set to meet Saturday night on the Jermell Charlo-Jeison Rosario undercard at Mohegan Sun Arena in Uncasville, Connecticut.

“That’s the goal of the team, you know, but I’m not overlooking Payano,” Roman said during a virtual press conference. “Payano is a great fighter, a quality fighter, like I said, and I’m not overlooking him. First, we’ve gotta get past him. And then, hopefully, we can get the rematch with [Akhmadaliev] and get those titles back.” 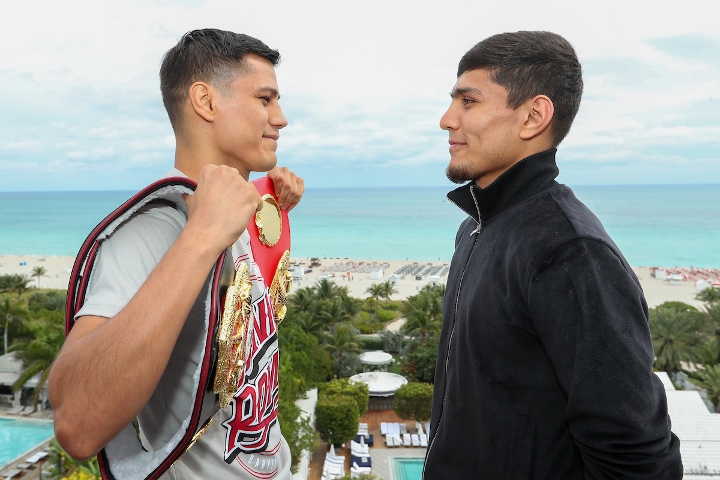 The 30-year-old Roman had won 19 straight bouts before Akhmadaliev beat him.

The Roman-Payano winner will earn a shot at the WBC super bantamweight title because their 12-rounder is a WBC eliminator. The winner of another upcoming WBC elimination match, Carlos Castro-Christopher Diaz on October 24 in Las Vegas, will be recognized as the WBC’s first mandatory challenger for its 122-pound championship.

Unbeaten Mexicans Luis Nery (30-0, 24 KOs) and Aaron Alameda (25-0, 13 KOs) will square off for the vacant WBC 122-pound crown on the same Showtime Pay-Per-View undercard on which Roman and Payano will fight September 26. Mexico’s Rey Vargas (34-0, 22 KOs) has been named the WBC’s super bantamweight champion in recess because he is recovering from a broken leg and will be sidelined for an extended period of time.

The Dominican Republic’s Payano (21-3, 9 KOs) has lost by knockout in two of his past three bouts. Those losses came against elite opponents – Nery and Japanese star Naoya Inoue (19-0, 16 KOs), the IBF/WBA bantamweight champ – but Roman is favored to beat the 36-year-old former WBA bantamweight champ.

“I’m not taking him lightly. You know? I’m taking him serious, like if I was defending the belt, [like] I was fighting a world champion.”

It was Roman mandatory... However, if Roman wanted the rematch why would he go to the PBC!?? Clearly DAZN did not want to continue to pay Roman.

[QUOTE=Phill lynott;20775835]Roman didn't need to take that fight but gave the Uzbek a shot. Let's see what kind of character they have in Uzbekistan. Return the favor and give Roman a rematch or grab a gift and run?[/QUOTE] It wasn't…

Roman didn't need to take that fight but gave the Uzbek a shot. Let's see what kind of character they have in Uzbekistan. Return the favor and give Roman a rematch or grab a gift and run?