Roman Gonzalez: Yafai Win Was One Of The Biggest Of My Career

There is still plenty of fight left in Roman ‘Chocolatito’ Gonzalez, though he will have a lengthy list of memorable moments to look back upon whenever he decides to call it a career.

For now, high among the most memorable moments was the most recently created memory.

Gonzalez turned back the clock in his last fight, a shockingly one-sided 9th round knockout of previously unbeaten Khalid ‘Kal’ Yafai this past February in Frisco, Texas.

“It was one of the biggest of my career, for sure,” Gonzalez told BoxingScene.com ahead of his first title defense versus Mexico’s Israel Gonzalez (25-3, 11KOs) this Friday in Mexico City. “I knew I still had it in me but still had to prove it to everyone and maybe even to myself.

“That performance is a memory that I will cherish for a long time.” 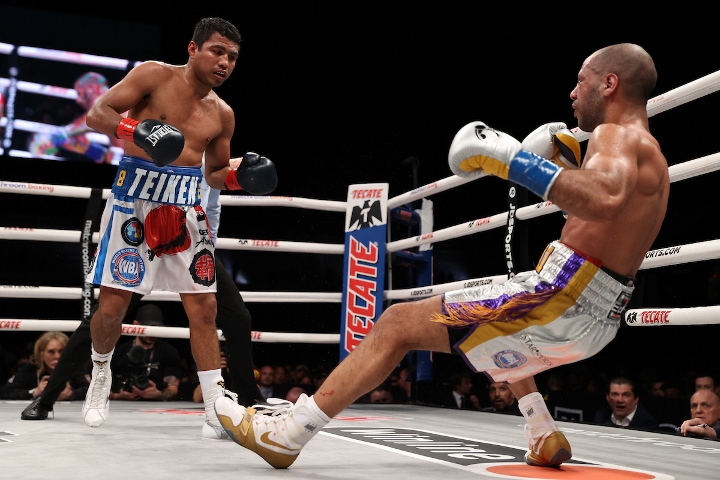 The win netted the legendary Nicaraguan a version of the 115-pound crown, his second reign at the weight and fifth overall title claim spanning four weight divisions. It came nearly three years after suffering his first loss, a dispute decision at the hands of Srisaket Sor Rungvisai in March 2017. Their rematch six months later proved far more emphatic, with Gonzalez laid out in the 4th round of their September 2017 clash in suffering back-to-back defeats.

Three wins have followed, though none bigger than his win over England’s Yafai for his first title victory since outpointing Carlos Cuadras to win his first 115-pound title in September 2016. That victory made Gonzalez a four-division champion, having previously won belts at strawweight, junior flyweight and a flyweight reign where he served as the lineal champion and established himself as pound-for-pound the best fighter in the world.

All that was erased following the two defeats to Sor Rungvisai, although Gonzalez’s throwback performance versus Yafai puts him right back in the mix at the perfect time.

The junior bantamweight division is dripping with top talent, including lineal 115-pound king Juan Francisco Estrada who defends his title versus Cuadras in the main event on Friday. Wins by Gonzalez and Estrada could set up a rematch to their November 2012 classic, where Gonzalez claimed a 12-round decision in his final fight as a junior flyweight titlist.

It’s a scenario few envisioned taking place even a year ago. That all changed earlier this year—just prior to the pandemic—and has breathed new life into an already well-established Hall of Fame career.

“Of all the titles I’ve won, what I appreciate about the last one the most is that it came after my two losses,” notes Gonzalez. “I hit rock bottom in my career and rose all the way back to glory. It’s something I will never forget.”

Chocolatito unfamiliar with how a mask is supposed to be worn haha. Chin diaper equipped

[QUOTE=Mammoth;20833905]Not quite but Chocolatito has his hands full tonight[/QUOTE] how so? he is fighting a bum

[QUOTE=Tatabanya;20833877]Anyone smelling an upset here besides myself?[/QUOTE] Not quite but Chocolatito has his hands full tonight

Anyone smelling an upset here besides myself?