It was in Coachella, California in the hands of Marcos Caballero at the end of November when he last trained and it ended with his right knee injured.

According to German Garcia, this past Tuesday Gonzalez returned to the gym but in Nicaragua, at Roger Deshon, with his team that accompanies him in the country, led by his father Luis González. 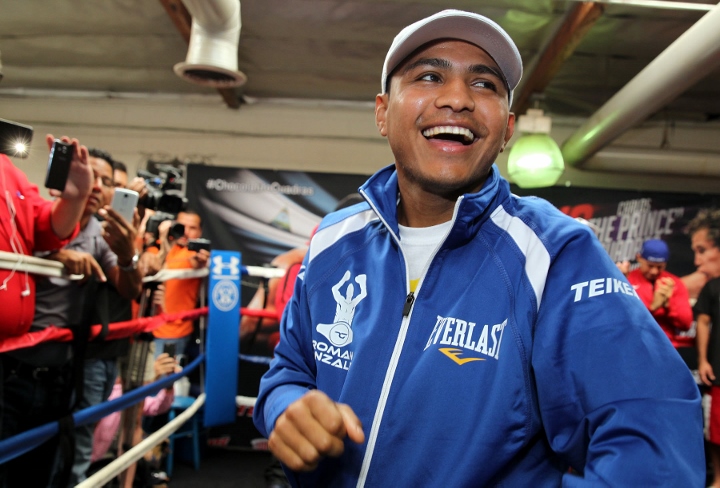 Chocolatito was seen loose and very relaxed in the face of what would be the official start of his preparation to pursue the World Boxing Association (WBA) world title at 115-pounds, which is in the hands of Khalid Yafai.

The boxer, days ago, had indicated that he was training with Rafael Rojas, his physical trainer, to strengthen and recover completely from his right knee injury, but had not yet reached the Roger Deshon gym.

Everything indicates that there will be no physical complications to prevent the possible fight on June 23 in England. The only outstanding issue is the WBA recently ordered Yafai to make a mandatory defense of his belt.

Despite the WBA's order, Chocolatito is still in talks with Yafai.

"It is not signed yet, but the negotiations are there," explained Román at the Conibop award ceremony.

In December, Chocolatito had an operation on his right knee in Costa Rica and his recovery and timeline for a ring return was unknown, until this past Tuesday.

He has a lot of mileage and is pretty shopworn but I think the Yafai fight is one he could still probably win. Pretty good matchup, Yafai can get that big name on his resume and Chocolatito can get one…

Sergio Martinez was not the same after suffering from knee injury I think Chocolalito is finished as well.:boxing: