Former four division world champion Roman "Chocolatito" Gonzalez is training at the Roger Deshon gym with a view to returning to the ring in July.

The first option is to hold the fight in Nicaragua, possibly at the Polideportivo Alexis Argüello against an opponent who will help him regain confidence after the violent knockout he suffered against Srisaket Sor Rungvisai of Thailand on September 9 in Carson, California.

Gonzalez was defeated for the first time in March 2017, with a close points loss to Sor Rungivisai - and then he was knocked out in four rounds in the fall rematch. 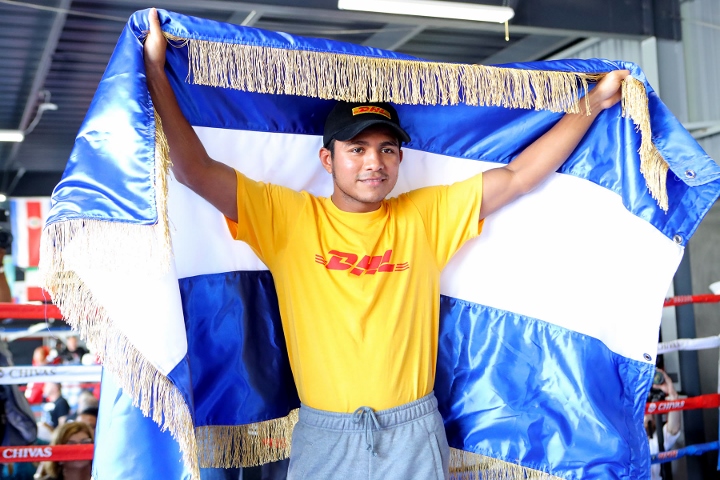 If the ongoing social crisis in the country is going to remain the same in the coming months, other options would have to be evaluated, one of which could be to fight in Japan or return to the United States, either on the Superfly 3 event which is tentatively scheduled for August or make his reappearance on the underd of the rematch between Gennady Golovkin and Saúl "Canelo" Álvarez, which in theory is being targeted for September in Las Vegas.

Despite receiving a direct proposal to face the Filipino Donnie Nietes for the 115 pound world title of the World Boxing Organization (WBO), that possibility is ruled out at this time, as the Filipino is in negotiations to dispute the crown against his compatriot Aston Palicte.

Initially that opportunity was for Roman; however, Carlos Blandón, the fighter's manager, rejected it. It was then that Francisco Paco Valcárcel, president of the WBO, ordered the promoters of Nietes and Palicte to negotiate the confrontation, but they reach an agreement, the sanctioning body will send the fight to auction.

The option to have a rematch with Juan Francisco "El Gallo" Estrada and Roman is also possible. Why? The reason is simple... Sor Rungvisai announced through his manager that he is not ready to fight in the near future, because of a recent breakup in his relationship with his now ex-girlfriend, and that situation has affected him emotionally. Estrada and Gonzalez, both defeated by the Thai puncher, are free to face each other if all parties agree.

Too many hard fought wars. He reminds me of Fernando Vargas. Young champ with many early wars. By the time he hit his 30’s, he was taking beatings he would’ve won earlier in his career.

This guy has had more excuses made for him than any boxer in history.

He didn't even want to fight that jr flyweight last time