Japan’s Naoya Inoue has yet to be really tested. Saturday night in Orlando, we may finally have found a candidate for the job.

In what was the toughest fight of his young career to date, Emanuel Rodriguez showed tremendous skill early and tremendous resolve later in withstanding a fiery late stand from Jason Moloney. It was two men who still had lots to prove, didn’t know how to lose, and who left the viewers at home and in the sadly sparse arena with an investment worth their time.

Rodriguez retained the IBF bantamweight belt for the first time and Moloney validated his place in the field. Both men should be welcome back on anyone’s radar next time they fight. For Rodriguez, we know who is next. Now we just need to know when.

We also know who’s next at cruiserweight for former WBA titlist Yunier Dorticos. He won a scrappy affair and like Rodriguez had to hold off a powerful late stand from Mateusz Masternak. Now he moves on to a semi-final match for the second time. Can he go all the way this time? 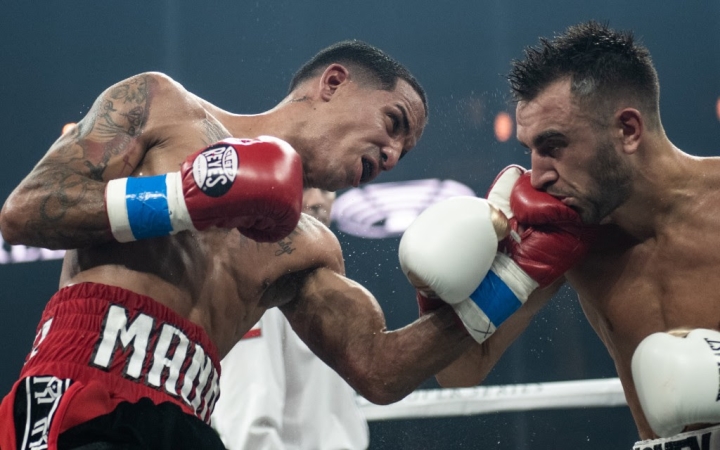 The Future at Bantamweight: We now know who three of the four semi-finalists will be at 118 lbs. Zolani Tete waits to find out if he’ll face Ryan Burnett or Nonito Donaire. Rodriguez’s quick hands, feet, combinations, and counter punching give him a real chance against Inoue on the other side of the bracket. Inoue is a combination of speed and power uncommon in any division, much less bantamweight, but he hasn’t faced a slew of fellow prime talents yet. Rodriguez is the sort of skilled battler who could tell us a little more about whether Inoue is as good as he looks. Rodriguez struggled some late with Moloney, holding often and punching just enough to stop a wave from cresting. If he takes as much leather from Inoue, can he survive? Can Inoue get to him as often as Moloney with his more precise attack? This semi-final already gives us a date to circle with real anticipation in early 2019. For Moloney, there is no need to stall while the tournament finishes. Luis Nery is back and not in the tournament. Wouldn’t that be a hell of a fight? Moloney could also try to position himself for a shot at whoever wins the vacant WBC belt between Nordine Oubaali and Rau’Shee Warren. Neither option may open up but those are both avenues worth hoping for.

The Future at Cruiserweight: Dorticos moves on now to face Andrew Tabiti while the other half of the cruiserweight bracket remains to be determined. The Cuban will be the toughest test to date on paper for the American who won without impressing against Ruslan Fayfer. Dorticos looked like he might stop Masternak early. His jab and right hand were landing hard and he showed no hangover from his warring loss to Murat Gassiev. Masternak hung around though and by the end it was close on the cards. Masternak bit down and showed himself still a force in the class. If the winner of Oleksandr Usyk-Tony Bellew remains at cruiserweight past their showdown, Dorticos-Masternak was a reminder there are few easy outs in the 200 lb. class and any champion will have to work to stay on the throne.

Well, that’s one way to get a pick wrong. Not only did Ryota Murata not win a decision over Rob Brant; he didn’t win many rounds. Kudos to Brant for handing the Olympic Gold medalist his first legitimate loss, lining himself up for bigger paydays in the increasingly packed middleweight division, and generally just handing out a first class butt whipping…Tevin Farmer has slowly developed into quite a force at Jr. lightweight…Demetrius Andrade may have won a vacant middleweight belt but sometimes winning isn’t the whole story. He appeared to have a man in front of him ready to go and just sort of let the fight float. It’s the story of too much of his career. He so often looks like he barely wants to be there but is because he's so good at it. The talent is there. Will he ever have the fire to finish the product?

[QUOTE=Cliff]Rodriguez struggled some late with Moloney, holding often and punching just enough to stop a wave from cresting. If he takes as much leather from Inoue, can he survive? Can Inoue get to him as often as Moloney with his…