The family of former world champion Rocky Lockridge have confirmed that the retired boxer passed away at 60-years-old, due to complications from a stroke.

"It is with great pain but a whole heart that I tell you family and friends that my father Ricky Lockridge aka Rocky Lockridge has passed away,' said Lockridge's son Ricky, to TMZ.

"All he wanted was to be in the comfort of his home with friends/ family. God has called him to walk through the gates of heaven." 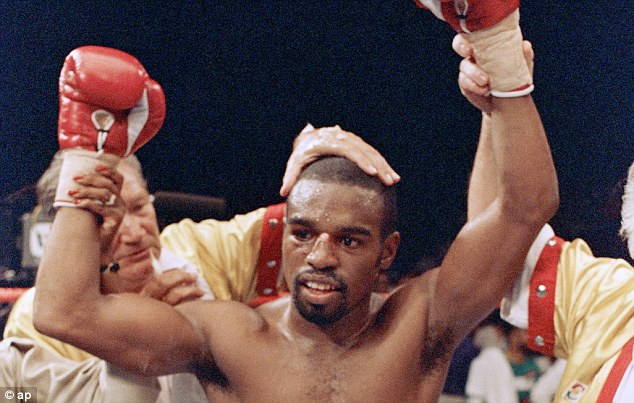 Lockridge had been in the hospital for several weeks, according to TMZ.

Lockridge was a two-time world champion, who blew away Roger Mayweather in the first round in 1984 to win the WBA world super featherweight title. And then captured the IBF super featherweight crown in 1987. He would lose the title to Tony Lopez in a Fight of The Year scrap in 1988.

After losing a decision to Sharmba Mitchell, he retired with a 44-9 record in 1992.

The former champion then battled a serious drug addiction problem for many years.

He told the Star-Ledger - "'I made some mistakes, a whole lot of mistakes, but they were beyond my imagination. The blow that was put upon me was harder to take than the blows, or any blow, for that matter, that I received in the fight game."

Kathy Duva, the CEO for boxing promotion Main Events, described a much different Lockridge in his younger days.

'Rocky was always a low-key person with an easygoing personality,' she told the Star-Ledger. 'He was quiet, articulate, a wonderful guy.'

In later years, Lockridge became an Internet sensation after an appearance during the A&E show 'Intervention' when he broke down on the show. Videos and memes would go viral for years on social media, generating millions of views as the 'Best Cry Ever' by the Internet.

Another video that went viral for years, showed a then homeless Lockridge knock a man out who was verbally abusing him on the street in 2013.

Don't do it Champ! You had a long and winding road, now it's time to rest in peace my brother.

Rest in Peace champ, u fought my Tío Tony twice. I'll never forget those fights and meeting you. The big ring will be welcoming you...

HOLY SH*&T!!! I had no idea that the "best cry ever" was Rocky Lockeridge, WTF?