Robson Conceicao did his best to shed his "boring" image in his latest ring adventure, scoring an entertaining eight-round decision over Mexico's Carlos Ruiz in their ESPN+ preliminary bout Saturday evening at Reno-Sparks Convention Center in Reno, Nevada.

Scores were 80-72 twice and 79-73 for Conceicao, arguably Brazil's best-ever amateur boxer and the nation's only Olympic Gold medalist.

The unbeaten featherweight prospect was coming off of his first career fight at home, scoring five knockdowns in a 1st round knockout in his first fight in Brazil since winning a Gold medal in the 2016 Rio Olympics. He danced as hard as he could to deliver a second consecutive stoppage win, although it was always going to be a tall order versus Ruiz (16-7-2. 5KOs), who has never been stopped in 25 pro starts 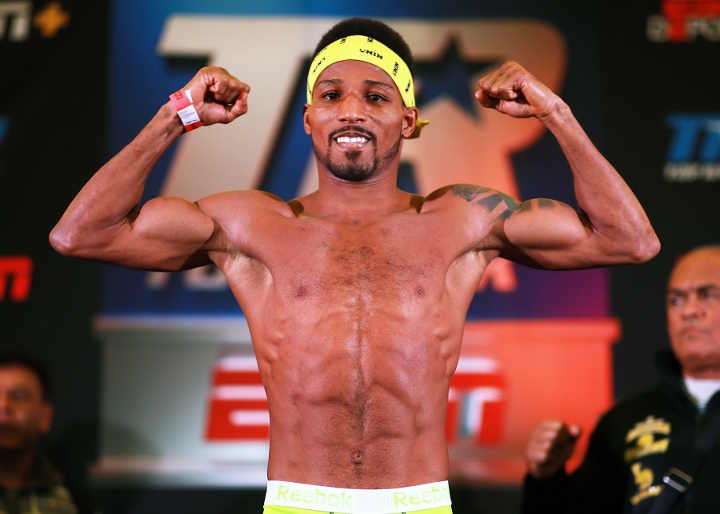 Ruiz didn't just come to last the distance but make a fight of it. He won the opening round on one scorecard—probably deserving it across the board—through sheer aggression, his come-forward style forcing Conceicao to plant his feet and throw heavy leather of his own in return.

The explosiveness wasn't quite there as the 30-year has yet to fully transition from the slapping style of the amateurs (even in its attempt to evolve in recent years) as most of his punches are still being thrown to land rather than to punish. Still, a more purposeful version of the supremely proficient boxer showed up on Saturday. He didn't get the knockout or even any knockdowns, but pushed the action enough to convincingly sweep the balance of the rounds all while providing value for the price of admission.

Conceicao improves to 13-0 (6KOs) and has begun talking about moving towards title fights. It's a tall order in the loaded featherweight division, despite his deep amateur pedigree which includes a win over current unbeaten featherweight titlist Oscar Valdez who fights in Saturday's main event.

I wonder if Arum would let him fight Shakur in a non-title fight? Winner gets Valdez?