Roberto Duran on COVID-19 Battle: It Was a World Title Fight That I Was Able To Win

Roberto Duran, who was hospitalized days ago after experiencing symptoms of the Coronavirus, was discharged from the hospital Thursday evening.

The multi-division world champion was admitted to the hospital late last week after suffering mild symptoms and his age (69) as a precaution. After doctors ran tests, the results came back positive for the novel virus.

His son Robin stated his father likely contracted the virus on his birthday, which lands on June 16. While Duran has observed the stay-at-home orders during the pandemic mandated by the local government in his hometown of Panama City, he received greetings and well-wishes from family, friends, neighbors, and fans on his birthday. 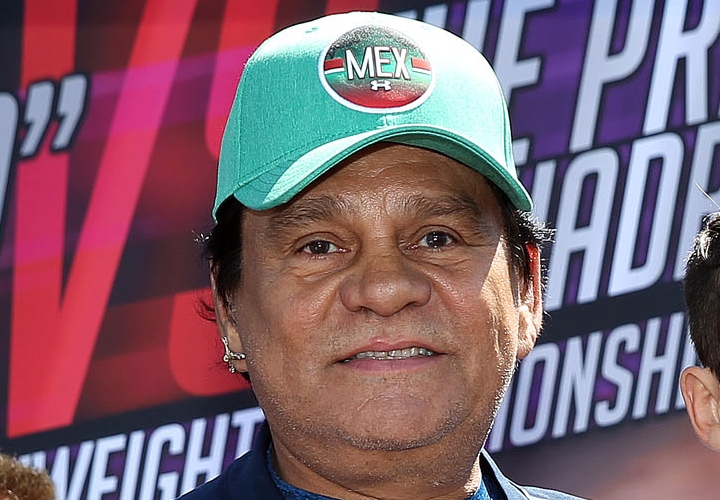 Duran also suffered an injury to one of his lungs from a automobile accident in Argentina in 2001.

On Thursday, Duran left the hospital as medical professionals determined he was able to recuperate from his home. Duran stated he felt better and was anxious to get home.

A video from Duran’s Twitter and Instagram accounts posted him leaving the hospital in a wheelchair while doctors, nurses, and other medical professionals applauded him.

“It was a world title fight that I was able to win with a team (of medical professionals), with the support, love, and dedication,” stated Duran. “They not only take care of me, but of other patients, who like me, fought against this virus that doesn’t discriminate against legends, world titleholders, social status, race, religion, etc.”

“To all the people who are still in the fight, I send lots of strength and my prayers to your families so that they do not lose hope and that they know that God is always in control. To all my fans around the world, I thank you for praying for me and all your positive messages. I will never stop giving thanks to all the doctors and nurses, who day after day, give their best despite the risk they take. I am an ex-world champion, but you are all champions in life.”

With positive case surging in most of Latin America and the United States, Duran warned people to take the virus seriously and take safety precautions, such as wearing masks and social distancing.

“I love you all. Please stay home, continue with the quarantine, and under no circumstances, allow people to enter your house.”

Duran (103-16, 70 knockouts), who began his pro career by defeating Carlos Mendoza in February 1968, won his first world title belt in June 1972 by knocking out WBA lightweight titleholder Ken Buchanan, although replays showed the knockout punch was a low blow.

[QUOTE=-Kev-;20642627]I had it, confirmed. 100+ staff had confirmed too, in a prison. No staff deaths. Feels like a flu. It’s really not that serious. At risk are elderly people with underlying health conditions, who would also be at high risk…

I think people are so gullible, I can probably write a book about having covid and surviving it and actually make some money off of people. Just exaggerate what I went through and how the scene was in the prison…

[QUOTE=allen23;20641979]Nah not that serious has just killed amillion or so people :pat:[/QUOTE] I had it, confirmed. 100+ staff had confirmed too, in a prison. No staff deaths. Feels like a flu. It’s really not that serious. At risk are elderly…

[QUOTE=Luilun;20641852]Got it too body aches sore throat but I took Honey and raw garlic got rid of body aches in 2 days with that now Im fighting sore throat which is improving salt water. I'm also taking [B]100 MG Zinc[/B]…

[QUOTE=Mindgames;20642076]Dont forget the Vit D for the lungs and the Vit c for the blood mate. Get well soon.[/QUOTE] I’m taking that too With MegaMan Vitamins