Robert Easter vs. Rances Barthelemy in Play For April 27

A battle of former world champions is being lined up for April 27, with Rances Barthelemy and Robert Easter Jr. colliding for the "regular" version of the lightweight title of the World Boxing Association (WBA).

Barthelemy defeated Robert Frankel in December by knockout in New York. For the Cuban boxer, it ended several months of inactivity after his defeat against Belarussian Kyril Relikh.

The Cuban won belts in two divisions and sought to become the first of his land to win titles in three different weight categories, but for now he made a decision to temporarily move down to 135. 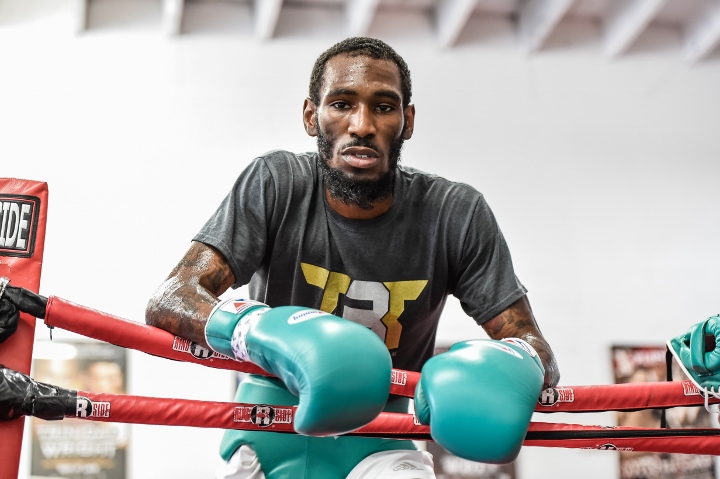 Easter is a former lightweight world champion under the International Federation, but lost his belt when he dropped a twelve round unanimous decision in July 2018 against Mikey Garcia, who next month will move up to the welterweight limit to challenge IBF champion Errol Spence.

"It will be very important for me to capture this belt against a warrior like Easter," said Barthelemy to George Ebro.

"From now on I'm going to enter the gym with the strength to take this victory."

Despite the loss to Relikh at 140pounds, Barthelemy has not lost hope on capturing a world title in that weight class.

"I have not stopped thinking about a belt at 140, so this is part of a strategy to try again," added Barthelemy. "If I can get a third fight with Relihk, then I'd welcome it. And if it's not against him, I'll look for that title against anyone.''

For this new stage in his career, Barthelemy continues in his corner with the legendary Joel Casamayor, but has added a very special person.

His brother Yan Barthelemy has become part of his team and Rancés could not be more happy with that change.

"I had to have Yan with me," Barthelemy said. "My brother is very intelligent, he sees things from the outside and he helps me a lot. I have two Olympic champions on my side. I feel very happy."

Ooh, I like this fight a lot, think I'd have preferred it at 140 than 135, but still, I really like the matchup

[QUOTE=daggum;19493645]easter is a perfect example of how important a promoter is and how important picking and paying the judges is. they can take a guy with some talent and spin him into a top guy when hes not really and…