Robert Easter: I Felt Strong at 140 - I'm Coming For All The Champs!

Easter (22-1-1 14 KOs), who lost his lightweight title in a unification with Mikey Garcia in 2018, was matched for his first fight a super lightweight against one of boxing's most aggressive, come-forward fighters and the result did not disappoint.

Granados charged forward from the opening bell, pressing on the inside against his rangy, 5-foot-11 opponent. In the first half of the fight, Easter pocketed rounds while fighting from a distance, leaning on his speed to win the first four rounds on all three judges' scorecards. But the fight seemed to change tides at the midway point, with Granados able to force the bout to be contested at close range. Rounds seven through 10 featured tremendous, back-and-forth exchanges and the more active Granados seemed to get the better of the exchanges. 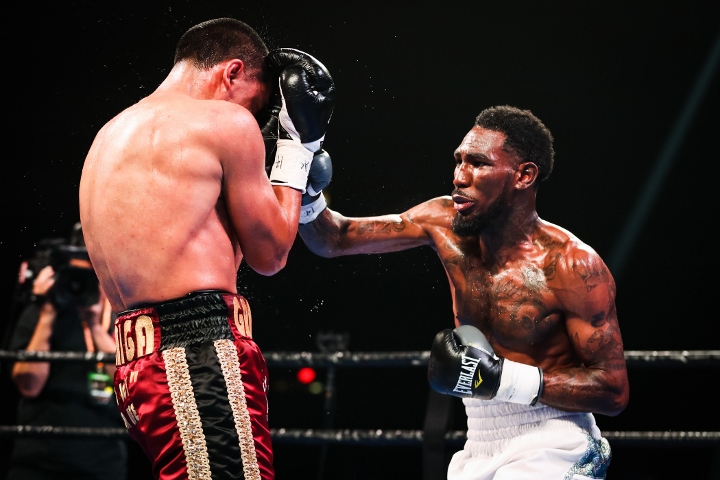 "This was a hell of a test for me at 140 and I felt strong. I'm not calling out anybody specifically, but you know there are champions in this weight class and I'm coming for all the belts. Line 'em up."

One of boxing's most reliable action fighters, Granados (20-8-2, 13 KOs) threw more punches and connected more and was once again frustrated with a decision that did not go his way.

"I'm tired of the same old story. It was clear that I controlled the fight. He never had me hurt. That was embarrassing.

"I can't control the judging. It's very frustrating. I have a dream to be a world champion and it just seems like it's not cutting out for me. But I have the heart of a champion and I'm not giving up."

Easter vs Paulie M would be competitive.

I watched the Easter fight right after prograis vs Taylor and it looked like slow motion.