After a bitter-tasting debut, Robeisy Ramirez has found a possible remedy for his career.

The Cuban two-time Olympic gold medal winner has linked up with veteran trainer Ismael Salas, who will try to correct mistakes and turn him into a true professional before it is too late.

Ramirez arrived on Saturday in Las Vegas and began training with the renowned coach's team for his second date in the ring that could be in early November on a Top Rank card.

"Robeisy's team talked to me and I told them I had some commitments, but I've already complied with them and now they're with me,"" Salas said to George Ebro. "We have only four weeks to fight, but we're going to do a good job and we're going to get him as well prepared as possible. We know there's a lot to do.'' 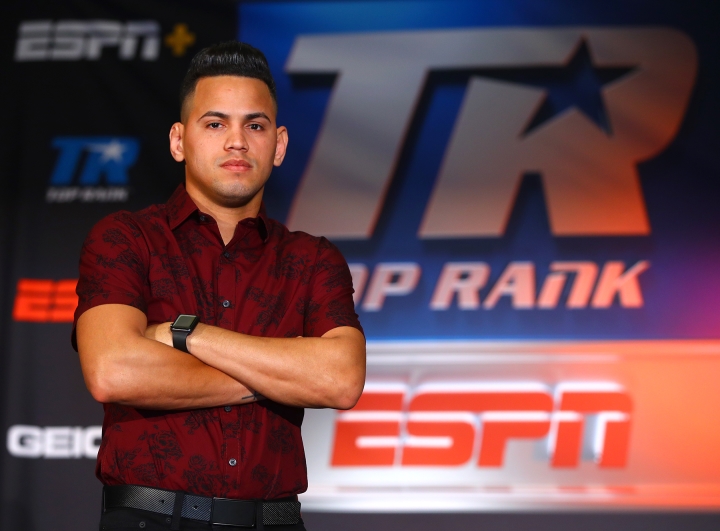 Boxing observers were shocked when Ramirez lost his pro debut to huge underdog Adan González on August 10 in Philadelphia.

The loss generated a sense of doubt that tarnished some of the expectation that existed with his arrival to the pay ranks.

"The main problem I see in Cuban boxers when they arrive is that they don't sit down to throw the punches,'" Salas added. "In Cuba we work a lot n movement, but here you have to have the position to launch the punches with force, so that they count.'

"I like to talk to boxers head-on, explain why I do things a certain way. He paid attention and then showed that he's someone who learns fast. He's got plenty of talent and I'm sure he'll rise a lot from now on.''

Born in Cienfuegos, Ramirez held a training session with Leduán Barthelemy, another of Salas' pupils, who will also reappear in the ring in November, possibly on Deontay Wilder's undercard against Luis Ortiz in Las Vegas.

"It gave me joy to see him in the gym and I think he feels good about us,"' Barthelemy revealed. "Salas is preparing us to go far and this change in the corner will come in handy for both of us.''

With decades of training experience, Salas has worked with many world champions, including several Cubans such as Yuriorkis Gamboa, Erislandy Lara and Yordenis Ugás

[QUOTE=kidbazooka;20109971]Ramirez has a long road back funny thing is despite his poor performance I thought he won that fight but either way he looked horrible and if his hearts not in it it won’t matter. Hopefully he can find drive…

Ramirez has a long road back funny thing is despite his poor performance I thought he won that fight but either way he looked horrible and if his hearts not in it it won’t matter. Hopefully he can find drive…

Unfortunately I don't think Robeisy can be fast tracked anymore, a lot of shine and hype was rubbed off in his first fight. He's going to have to claw his way up to the top.

Didn't watch the fight but it's all good. As long as he learns from it and comes back stronger, there is no shame in losing. On the good side, there will be no over protection to keep his 0 intact.