The Cuban Sports Institute reported the information on Thursday. 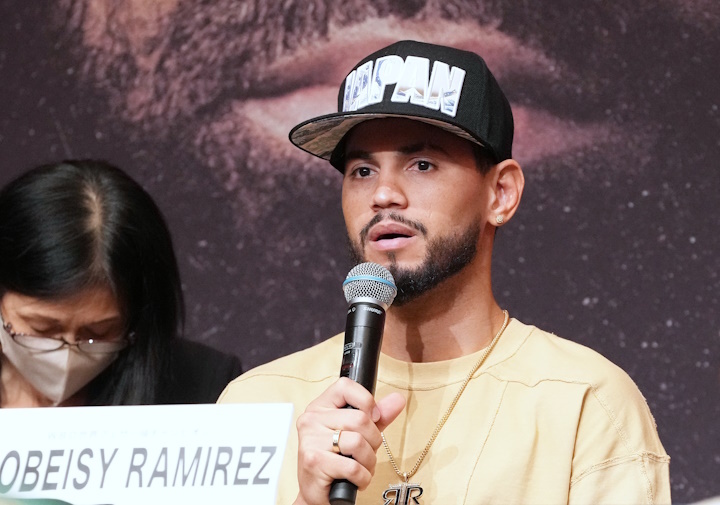 It's not clear what Ramirez plans to do. In previous interviews, he discussed the intention to fight for Cuba in the 2020 Olympics - but now it appears that he's likely going to turn pro.

Cuba has won more Olympic gold medals in boxing than any other country.

In March, the Cuban team suffered another big hit with flyweight Joahnys Argilagos, 21, running away from the team during a tournament in Mexico.

In the past, Cuban boxing champions who defected to compete professionally included Guillermo Rigondeaux, Erislandy Lara and Luis Ortiz.

IN OTHER NEWS: Fire Fist Boxing Promotions is pleased to announce the signing of unbeaten welterweight phenom Mark Reyes Jr. to an exclusive promotional contract.

Living and fighting out of Tampa, Reyes started boxing at age six and went on to have a stellar amateur career. The 22-year-old won the 2012 National Junior Olympics, 2013 Police Athletic League (PAL) Nationals and 2014 Ringside National among many other tournaments. Reyes Jr. had his sights set on making the 2016 US Olympic Team but an injury prevented him from competing in the qualifiers.

As a pro, Reyes Jr. is 7-0 with 5 wins by knockout and is a huge ticket draw in the Tampa Bay area. In his most recent bout, he stopped veteran Javier Garcia in less than a round. With outstanding speed, power and athleticism along with a good head on his shoulders, Reyes Jr. looks to have a bright future.

Per my earlier comment, he may as well wait for the 2020 Olympics to finish. That would only be 15 months away.

Anyone heard updates on this? Can't find any info within the last 6+ months. Special talent so hoping he turns pro.

[QUOTE=BendOver;18935340]What I mean is that he was up for letting baseball players in the majors, and return home for the National Series.[/QUOTE] Sounds like something I might’ve heard. Not sure. Anyway, I would’ve liked the idea — better than the…

[QUOTE=CubanGuyNYC;18921797]Hola, C. No, I don’t know what you’re referring to. Maybe I’ve heard, but since forgotten.[/QUOTE]What I mean is that he was up for letting baseball players in the majors, and return home for the National Series.