Ismael Salas recalls Robeisy Ramirez's smile when he told him who was going to be his next opponent.

The Cuban warrior, who comes back from a knockout victory in just 58 seconds in Las Vegas, had his face lit up and he only said one sentence to his teacher: 'I'm ready.''

On July 2, the double Olympic champion will return as part of another Top Rank undercard from the MGM Grand Conference Center - when he takes on Adan Gonzáles, the man who beat him in his professional debut and raises doubts about his ability to succeed at the highest level. Salas hopes that after this day all the unknowns will be put to bed in the ring. 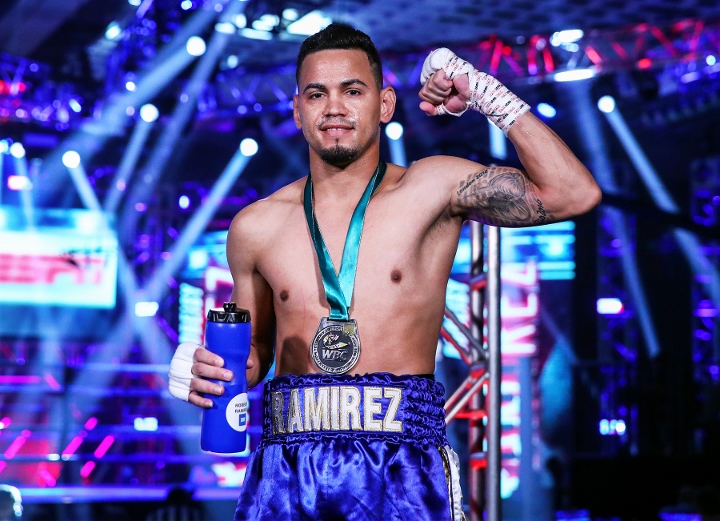 Salas, for his part, has wasted no time observing what happened in Philadelphia over and over again, looking in his mind for the reasons for the defeat and what could make Ramirez a winner this time.

"When the fight ended with in 50 seconds, the people of Top Rank asked us to be ready to return to the ring soon. So it took a few days and then we accelerated all the plans. And when they told us who was going to be the opponent, we accepted the challenge with greater desire,'' Salas told George Ebro.

"It will be a thermometer to measure how far we have come since the day I started working with Robeisy. I also want the world to see how far Robeisy has progressed, the effort and dedication we've both put in, and the potential for what can come.

"I saw him out of focus in that fight. He had a very scattered vision and he was off-target. There was the pressure of the debut, the audience, the expectations. He was out of focus. But there's no doubt that his talent is enormous. He's proved it to me.''

Most do not expect them to fight in the pros due to weight.

"After this fight, he would be willing to take on superior challenges. After July 2nd, I hope that all of the unknowns will be clarified to sit down and put new and greater challenges. I don't give Robeisy time to be a good professional, he already is," Salas said.

[QUOTE=Mister Wolf;20634401]Doubt they will ever fight and if they do it will be at a weight class where Ramirez is at a disadvantage. Stevenson has already won a title at 126 and has moved to 130. Ramirez is still trying…

[QUOTE=Mister Wolf;20634401]Doubt they will ever fight and if they do it will be at a weight class where Ramirez is at a disadvantage. Stevenson has already won a title at 126 and has moved to 130. Ramirez is still trying…

[QUOTE=TX_BOXNG;20634235]Adan "the Don" Gonzalez is back for another upset, I remember him jumping his way back to the lockers lol awesome, I'll root for him[/QUOTE] I doubt that very much. Ramirez may or may not fulfill the promise of two…

[QUOTE=Luilun;20634360]I heard in an interview Say he’s going to beat him again when they fight[/QUOTE] Doubt they will ever fight and if they do it will be at a weight class where Ramirez is at a disadvantage. Stevenson has already…

[QUOTE=Mister Wolf;20634074]He don't want none of Stevenson.[/QUOTE] I heard in an interview Say he’s going to beat him again when they fight