Rob Brant’s opponent has been secured for his comeback bout.

BoxingScene.com has learned that Brant will battle Vitaliy Kopylenko in a 10-round super middleweight match August 22 at MGM Grand Conference Center in Las Vegas. ESPN+ will stream Brant-Kopylenko as the co-feature before Eleider Alvarez and Joe Smith Jr. meet in the main event, a 12-round WBO light heavyweight elimination match.

Brant (25-2, 17 KOs), a former WBA world middleweight champion, hasn’t fought since Japan’s Ryota Murata stopped him in the second round of their rematch in July 2019 in Osaka, Japan. Dallas’ Brant upset Murata (16-2, 13 KOs) by 12-round unanimous decision to win a version of the WBA’s 160-pound championship in October 2018 in Las Vegas. 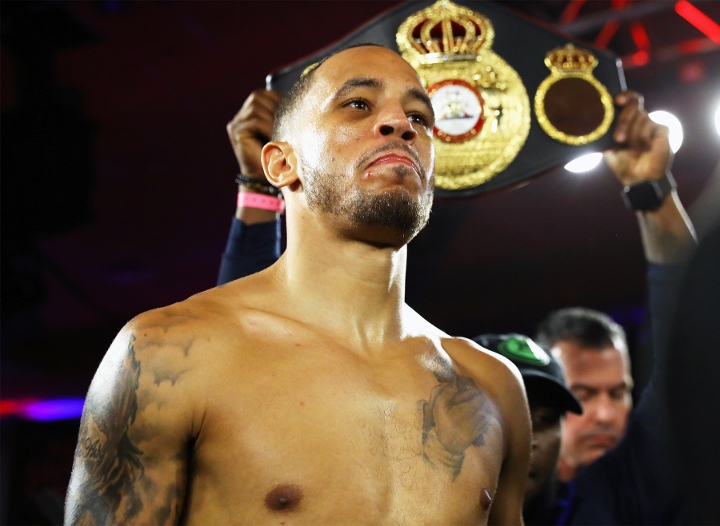 Brant was supposed to return from this loss to Murata against Habib Ahmed on January 11 in Atlantic City, New Jersey. That fight, which ESPN would’ve televised, was canceled when Brant suffered a torn biceps while training early in December.

Brant, 29, and Kopylenko, 36, are expected to meet slightly above the middleweight limit of 160 pounds.

Alvarez and Smith, meanwhile, will compete for the right to fight for the vacant WBO light heavyweight title next.

The Alvarez-Smith winner will face the victor between Umar Salamov and Maksim Vlasov for the unclaimed championship Canelo Alvarez gave up after knocking out Sergey Kovalev in the 11th round November 2 in Las Vegas.

Alvarez, a Montreal resident raised in Colombia, and Smith, of Mastic, New York, were supposed to square off July 16 at MGM Grand Conference Center. Their 12-rounder was postponed late in June, when Alvarez sustained a shoulder injury while training.