Rob Brant boxed exactly how his new trainers wanted him to fight Saturday night and produced a technical-knockout victory.

The 29-year-old Brant, a Dallas resident raised in Minnesota, upped his record to 26-2 and recorded his 18th knockout. Ukraine’s Kopylenko (28-3, 16 KOs), who hadn’t fought in 15 months before Brant beat him, lost inside the distance for the first time in his 12-year pro career. 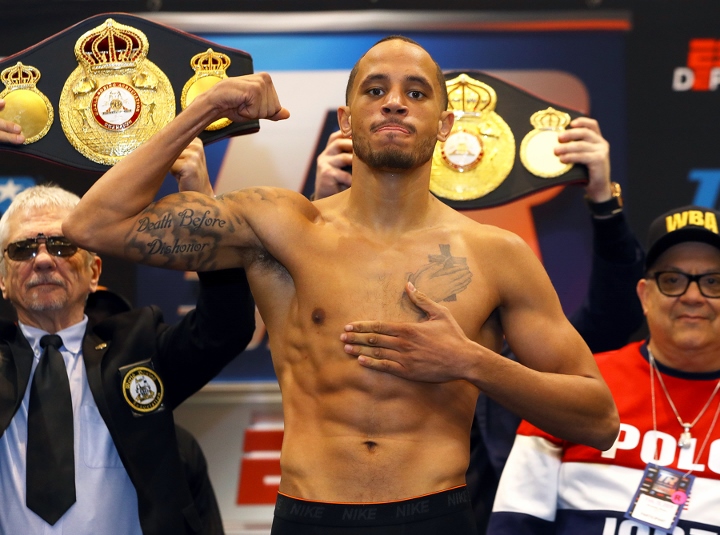 Brant fought for the first time in the 13 months since losing the WBA world middleweight title to Ryota Murata in their rematch. Murata (16-2, 13 KOs), who lost a 12-round unanimous decision to Brant in October 2018 in Las Vegas, beat Brant by second-round technical knockout in their second bout in July 2019 in Osaka, Japan.

In the fifth round Saturday night, Brant began landing his right hand with more frequency and continued connecting with his jab. Kopylenko looked like a battered and beaten fighter when he sat down in his corner following the fifth round.

Nady took a close look at the swelling beneath his left eye and waved an end to the fight.

Brant boxed well throughout the fourth round, when Kopylenko couldn’t prevent Brant from landing jabs or cut off the ring. Brant pressed the action in the third round and consistently snapped his jab at Kopylenko.

Brant threw fewer punches than usual in the first two rounds, yet he was more than active enough to keep Kopylenko defensive. Though Brant didn’t seem to land anything too hard in those two rounds, noticeable swelling developed beneath Kopylenko’s left eye during the second round.