Roach: Linares Can Beat Lomachenko or Garcia on a Good Night

The 32-year-old Linares, of Venezuela, made the third defense of his title and extended his win streak to 14 straight fights, with his victory at the Los Angeles Forum.

Linares improved to 44-3 with 27 KOs. He landed the harder and cleaner punches throughout, winning almost every round on the judges' scorecards. Two judges scored it 118-110 and the other at 117-111. 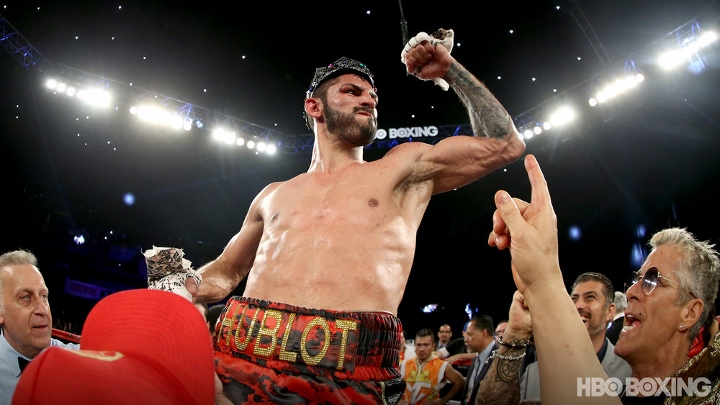 Linares chipped away at Gesta's defense in the first five rounds before taking his attack up a notch in the middle rounds.

By the seventh he was landing some four- and five-punch combinations, showing off his superior hand speed and ring experience.

He suffered a cut around his right eye in the eighth round when Gesta hit him with a left hand and then used a shoulder jab in close to open up the wound.

Linares fought with blood flowing from the cut for the rest of the round but his corner was able to stop it from bothering him for the remainder of the fight.

Linares is hoping this victory puts him in line for a unification fight against Mikey Garcia or a battle with Ukrainian champion and 2017 fighter of the year Vasyl Lomachenko.

Hall of Fame trainer Freddie Roach, who worked the corner of Gesta, believes Linares is capable of beating Garcia or Lomachenko.

Regarding the fight with Gesta, Roach says Linares was simply too skilled for his boxer to overcome.

[QUOTE=THEFRESHBRAWLER;18444047]Lol at weight disadvantage. If that’s the case he should just stay at 130 the rest of his career[/QUOTE] If Fighter would fight him he doesn’t. Leo Santa Cruz, Marez, Quigg, Frampton, Valdez, Berchelt, Davis, but they keep ducking so…

I don't see it. I have to wonder how much Freddie's condition impacts his decision making and judgment. It's one thing to hype your own fighters, all trainers do that to a certain extent. I realize any fighter can have…

Funny to see Roach talk all that shyt for weeks about linares and then his fighter gets dominated and now he basically switches up.

Years back he was on a big card here in Japan and looked like a train hit him in the face, some Mexican dude crushed him. Mikey would smash him.