The trainer parted ways with the fighter following Chavez Jr.’s lack of dedication and commitment to training following the 2012 bout with Sergio Martinez. Chavez Jr.’s waning work ethic was the center of discussion, and even documented on HBO programming during that era, as he would bail on Roach during training sessions for as many as 30 times that camp.

When Chavez Jr. (51-3-1, 33 KOs) returned to the Wild Card last month hoping to get the Hall of Fame trainer back in his corner, he wanted to let the money do the talking about his newfound commitment to the sport — but Roach had other ideas.

“He came to the gym and worked out for three days, and I watched him, but kind of ignored him and didn’t say anything to him. I just let him work out,” Roach told BoxingScene.com in an interview. “Then he came and gave me a big bag of money. I didn’t count, but it was too much and I gave it right back to him. I don’t know why people think everything in the world revolves around money. Some places they do, but not here. I said, ‘that’s not what I want. I wan’t wins, conditioning and people in shape.’” 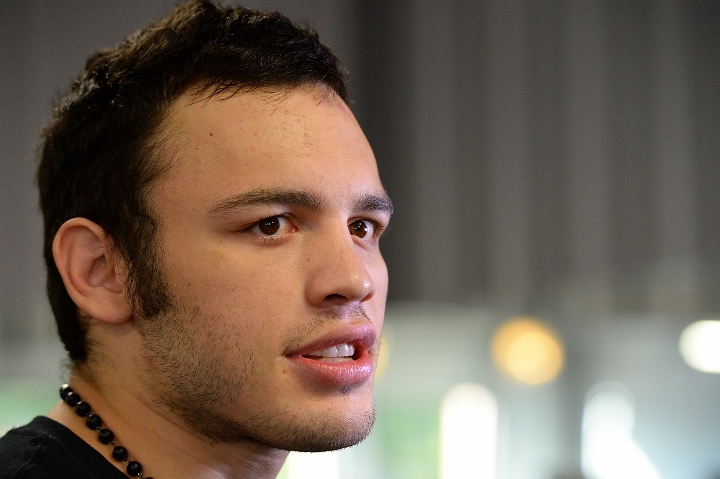 After having a heart-to-heart talk, they agreed to work together again, and now, Roach will lead Chavez Jr. into the ring as a super middleweight against Daniel Jacobs on December 20 in Phoenix, Arizona.

Roach said they’ve both picked up right where they left off — even though they had an unsuccessful stint unification in 2016 — but the biggest difference between Chavez Jr. now and then is that he actually showed up to train two days in a row.

Roach has said in the past that Chavez Jr. missed 31 days in camp, much like that documented day on HBO, and only trained fives times for the fight of which he lost the first 11 rounds, then scored a dramatic knockdown of Martinez in the twelfth, only to go on and lose by a wide decision.

“He’s not as heavy as he used to get,” said Roach. “His work ethic is really good. He knew he had to show up here in shape to open my eyes … If he gets tired against Jacobs, he will lose. Jacobs will outbox him. I plan on Julio being in the greatest shape so he can walk right through him and knock him out.”

Roach is having Chavez Jr., who looked leaner than his usual walking weight during a recent visit to the gym, partake in Manny Pacquiao’s famous runs through the Griffith Park mountains as well as train through 15 rounds of sparring.

“I had him watch Pacquiao work out one day and asked him, ‘can you do that?’” Roach remembered. “[Chavez Jr.] said, ‘you get a little crazy, but yes.’ I said, ‘that’s what I want. I want every day to be that day.’ He said, ‘no problem.’ He knows that when I say work, it’s four hours of work every day.”

“No more time to play,” Chavez Jr., standing next to Roach, followed right after.

[QUOTE=Freedef;20176204]Lol how bad is has to be If “showing up two days in row for training” is considered success lol[/QUOTE] Exactly! Man, that should not be the standard for being an elite fighter.

roach is full of BS!! why even brought up the money part then if he decided to agreed on working with chavez jr again??? this is why some of roach's fighters is not so happy about him. he says shiiet…

Thanks for providing this information.