In the main event of a Matchroom show in Peterborough, Lewis Ritson won a controversial split decision against Miguel Vazquez at the East of England Arena to claim the vacant WBA Intercontinental super lightweight title and improve his record to 21-1 (12 KOs).

Newcastle's Ritson looked in trouble of slipping to defeat through 12 frustrating rounds which he later described as an "eye-opener". Ritson got the nod from two out of three judges, with one giving the fight 116-113 to former lightweight world champion Vazquez. 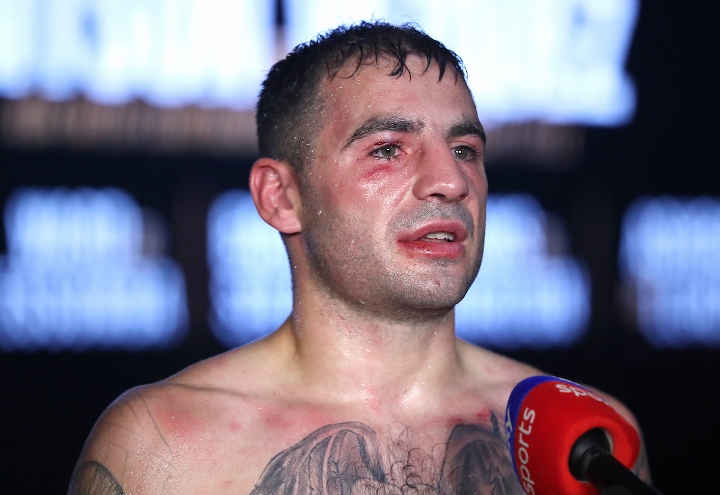 Coming in, Ritson and his team had mentioned the idea of facing former unified world champion Regis Prograis in the near future - but the once-beaten fighter now realizes that he still needs a lot of work before taking part in a world level fight.

“It just depends what you like doesn’t it," Ritson told Matchroom afterwards. "He was tapping me and running away. I was hitting him with the cleaner jabs. It was very frustrating being out the gym a year and then facing that style.

"It was probably more awkward than I thought it was going to be. The more the fight went on the more frustrated I got. It was a big eye opener. We’ve been mentioning the Prograis fight, tonight was a bit of an eye opener that we’re a million miles off that fight.

"We need a couple more fights like Vazquez, maybe not his style. That’s what you get when you step up. We had a hard job doing it. I’m improving as a fighter but I’ve got a lot more improving to do."

There has been some self aware comments from boxers lately. Very honest stuff. Got to admit I like it.

Like how Ritson admits that he still has to improve before he steps up. He's a solid fighter for sure, just susceptible to being completely outwitted by pure boxers. Doubt he can raise his game too much going forward but…

Ritson got out stunk. Miguel made him look ridiculous and he thinks it's Vazquez fault. Everybody, including the commentators knew Vazquez has a hard head, but did Ritson ever go to the body? He couldn't cut off the ring or…

Thankfully he gets that.Nice guy but limited in boxing terms.