Rigondeaux Will Target The Winner of Vargas vs. Kameda

Cuba's Guillermo 'Chacal' Rigondeaux has every intention of measuring himself with the winner of the upcoming fight, on July 13, between Rey Vargas and Tomoki Kameda.

Vargas, who holds the WBC super bantamweight title, will defend the belt against Kameda at Dignity Health Sports Park in Carson, California.

Last month, Rigondeaux made his return to the ring in Las Vegas, and won a WBC final eliminator with a TKO victory over Julio Ceja in a what was an unplanned eight round war at the Mandalay Bay Events Center. 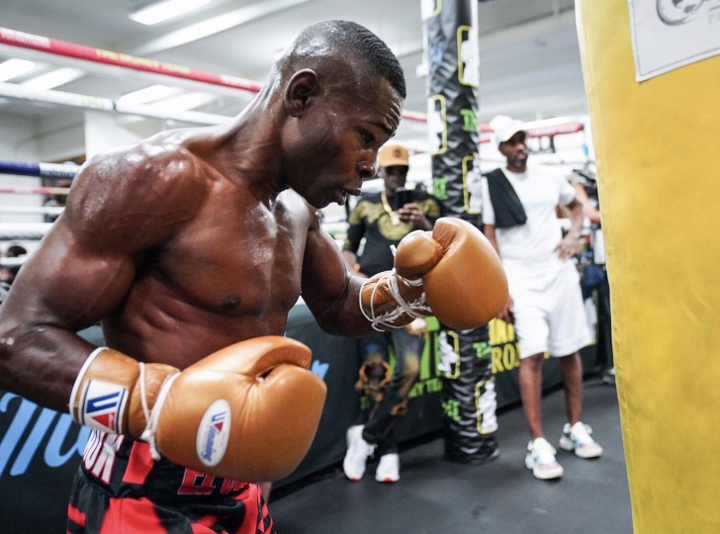 Rigondeaux recently signed with Premier Boxing Champions, who also work with Kameda, has been able to rebuild his career to the point of a world title shot, after suffering his first career defeat at the hands of Vasiliy Lomachenko in December of 2017.

And now Rigondeaux will be fixated on next Saturday's fight.

"Rigo is the winner's mandatory, so let's see the fight. That's the fight he wants and we're going to look for it," said Rigondeaux's adviser Luis DeCubas to ESPN Deportes.

Inactivity has hurt Rigondeaux's career, but he's been able to pack in two wins in 2019 - and aims to fight for a third time this year.

At 38 years of age, time is not on Rigondeaux's side and he wants to get moving quickly to secure the big fights. The boxer has accumulated a professional record of 19-1 with 13 knockouts. The two-time Olympic gold medal winner has achieved notable wins against fighters of the stature of Nonito Donaire and Joseph Agbeko.

[QUOTE=Boxing Hero;19875491]I thought Rigo was retired a long time ago. Either way, I wouldn't like to see him back. He should go fight for PBC with all the other semi-retired fighters.[/QUOTE] He just fought on PBC. Wtf

[QUOTE=FinitoxDinamita;19875495]Wow Rigo would give Vargas such a severe beating. Vargas would make Rigo look like he’s in his prime. It would be a massacre. Vargas sucks[/QUOTE] Haha this comment is very funny. This joke couldn't be farther from the truth.