Rigondeaux Makes it a 'Fight' - Stops Ceja in WBC Eliminator

Guillermo Rigondeaux took more punches Sunday night than he had ever absorbed in a professional fight.

Locked in a surprising dogfight with Julio Ceja, Rigondeaux ended any chance the determined Mexican had at scoring an upset late in the eighth round. That’s when the Cuban southpaw nailed Ceja with a devastating overhand left that knocked Ceja flat on his back and essentially ended their action-packed battle.

Ceja quickly got to his feet, but referee Russell Mora didn’t like the way Ceja reacted to his commands and stopped their scheduled 12-round, 122-pound WBC elimination match. The time of the stoppage was 2:59 of the eighth round.

“People were saying that I get on the bicycle and run a lot,” Rigondeaux said, according to his translator. “Well, that’s not true, so I wanted to show them I could fight in short distance and I wanted to get a couple rounds in. Then that left hand came and ended the fight.” 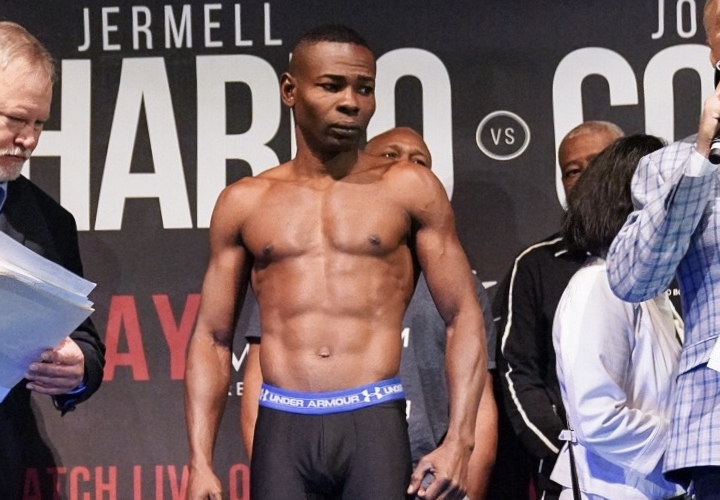 The 38-year-old Rigondeaux improved to 19-1 and recorded his 13th knockout on the Jermell Charlo-Jorge Cota undercard at Mandalay Bay Events Center in Las Vegas. Ceja (32-4, 28 KOs) lost by knockout or technical knockout for the third time as a pro.

Rigondeaux, a heavily favored former super bantamweight champion, was down on all three scorecards when Mora stopped their fight. Judges John McKaie (68-65), Eric Cheek (68-65) and Dave Moretti (67-66) each had Ceja ahead through seven rounds.

CompuBox credited Ceja for landing many more punches as well.

Ceja and Rigondeaux traded vicious body shots for most of the eighth round. With 56 seconds to go in that round, however, Mora deducted a point apiece from Rigondeaux and Ceja.

Mora had warned each fighter numerous times prior to deducting points.

Toward the end of that eighth round, Rigondeaux blasted Ceja with the left hand that ultimately ended their fight.

Rigondeaux landed two left uppercuts and a straight left hand within the first 30 seconds of the fifth round. Rigondeaux continued cracking Ceja with left hands during the fifth, when blood began flowing from Ceja’s nose.

Ceja and Rigondeaux traded hard head and body shots from close distances throughout the fourth round. Mora called for a break with 44 seconds to go in it and warned both boxers for low blows.

Ceja ripped Rigondeaux to the body in the first half of the third round. Rigondeaux attacked Ceja’s body later in the third.

Between those low blows, Ceja caught Rigondeaux with a left hook to the head that made Rigondeaux hold him.

The two-time Olympic gold medalist also fared much better in this bout than in his last appearance at Mandalay Bay Events Center. The last time he fought there, Rigondeaux hit Moises Flores after the bell to end the first round and Flores said he couldn’t continue.

Rigondeaux initially was declared the winner by first-round knockout, but the result quickly was changed to a no-contest. The former WBA 122-pound champion moved up to weight classes for his following fight, in which he was stopped by Vasiliy Lomachenko in December 2017.

The 26-year-old Ceja ended a one-year layoff of his own Sunday night. He hadn’t boxed since last May 26, when a broken nose prevented him from continuing past the fourth round against Franklin Manzanilla in Mexico City.

[QUOTE=CubanGuyNYC;19855678]I read somewhere Ceja’s eyes crossed. Not a good sign. I got knocked back once during a football game. My head hit the ground, and I sprang up immediately. But I could feel my eyes crossed even as I stood.…

[QUOTE=garfios;19855551][RIGHT][/RIGHT]he didn't answer the ref questions and needed help to walk back to his corner. He was done and his eyes were crossed too.[/QUOTE] I read somewhere Ceja’s eyes crossed. Not a good sign. I got knocked back once during…

[RIGHT][/RIGHT][QUOTE=STREET CLEANER;19854538]They should had given Ceja an opportunity to continue fighting after the knockdown. He looked like he wanted and could continue. I had him winning the fight.[/QUOTE]he didn't answer the ref questions and needed help to walk back to…

[QUOTE=STREET CLEANER;19855288]He had Rigo hurt a couple of times. Every time they have a premature stoppage like this I feel like I got robbed in the opportunity of watch an epic comeback or a seesaw battle[/QUOTE] That dude was mush…

You could see Rigo really wanted to get in there and make it TV friendly. He was getting hit with shots that you don't usually see land on him clean, he didn't play distance at all. Also threw some really…