Rigondeaux: I'm Hungry To Fight, Who Wants To Face Me at 118?

Guillermo Rigondeaux (20-1, 13 KOs) is very eager to return to the ring. The WBA's 118-pound "regular" champion continues to prepare for whenever his reps call with an available date.

He wants to return on a date in November or December.

This fight may not be as rigorous as he deserves, but Rigondeaux knows that the coronovirus pandemic has affected everything and hopes that 2021 will bring him superior opponents that will allow him to increase his legacy, now that he is in the final chapter of his career. 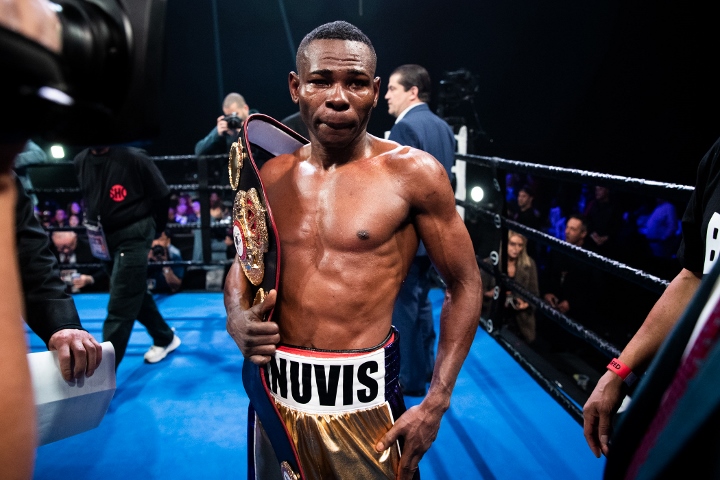 The last time Rigondeaux was in action was back in February, when he won a twelve round decision over Liborio Solis to capture the vacant WBA "regular" strap.

"[I hope to return] very soon. Looks like something finally showed up for me. I don't know if it's November or December, but I can make sure I'll fight before the end of 2020. I know a lot of people out there are waiting for my return to the ring, but believe me, nobody wants to fight more than I do," Rigondeaux told George Ebro.

"You know me and you know I live in the gym. With a fight or no fight, training is part of my daily routine. There is not a day when that goes by when I'm not running or doing something at Miami gyms. I can't be standing still,  my life is training.

"Without an audience it's a bit boring, but I think we should go out and do our job as best we can, while we hope everything gets better and people can go back to watching live boxing. I told you once that I'll fight even in the yard of my house.

"The division is pretty good, but the question is, who wants to fight me in 118? That's the big unknown, but I hope opponents show up. What fans have to wonder about is what others think about fighting me. The devil is back. I'm ready to fight at the time and place I'm told and that nothing and no one's going to stop me. I still have the same hunger for glory since day one."

If the leprechaun quacking duck Carl Frampton was in this division he would be hidden in the toilet with the door double locked like last time El Chacal was after his blood.

A Donaire rematc would be great. I'm picking Donaire to KO Rigo cold!

In Japan, most boxing fans think that Rigo is a only boxer in Bantam and SB division who can make Inoue's reputation better in case of win. In other word, for Inoue, other boxers but Rigo are not worthy to…

Well, since most of the best have already fought, or scheduled to fight, I would say "Raushee Warren, come on down! You're the next contestant on the Price is Right!" [B]MAN UP![/B]

Mudda trucks must have tapeworm!