Add former undisputed heavyweight champion Riddick Bowe to the growing list of boxers who are willing to leave retirement for some in-ring action.

The comeback frenzy began a few months ago, when Mike Tyson announced that he was training on a daily basis to return for a few exhibition fights to raise money for charity.

It didn't take long before Evander Holyfield revealed his own plans to re-enter the ring, with an eye on facing Tyson in a trilogy fight. 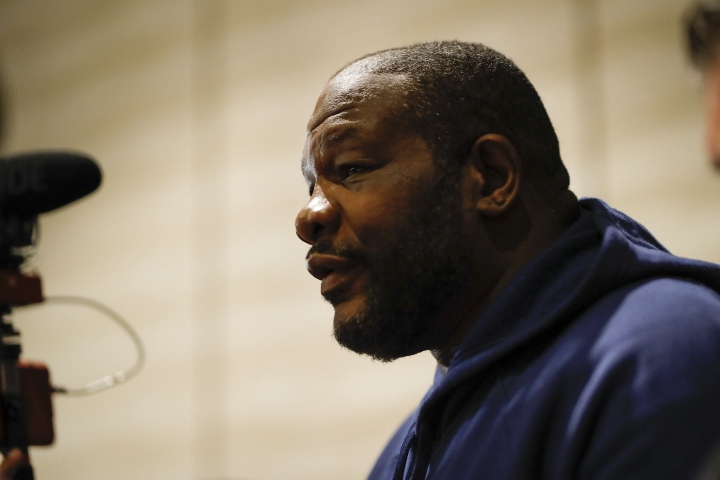 Bowe (43-1, 33KOs) last fought in 2008, when he snapped a three year stint of inactivity to travel to Germany to win an eight round decision.

He's now got the itch to fight again - and like the idea of facing Tyson or Holyfield.

Bowe fought Holyfield three times in one of the best heavyweight trilogies in history. He won the first by decision, lost the second by decision and stopped Holyfield in the third meeting.

Bowe and Tyson came out of the same area of Brooklyn, but held the heavyweight crown at different time periods.

"If the fans want to see me fight again, I’m fighting. I want to make fans happy," Bowe told The Sun.

"Equally, I want to be remembered as one who did everything to truly make boxing great. I want to get out there. This is the perfect time, I believe, and I’m very excited to fight again. It’s official. Actually, let me put it this way: I am officially back and want to and will fight. Come on Mike Tyson, Evander Holyfield.

"[Me and Tyson] went to the same school. We knew each other quite well. We started off fairly close being in the same neighbourhood, but then went different directions as our boxing developed. Of course, we both made it and became the world heavyweight champions. I am very excited I want to fight Mike now... I will fight him any day of the week – whether it’s an exhibition, or even a pro fight."

[QUOTE=Rip Chudd;20653945]Took the words out of my mouth. He should do it for his health, he's been in horrible shape for years. It's sad man[/QUOTE] I met him along with Sergio Martinez a few years back at a fight in…

[QUOTE=sidefx996;20651241]I don't think it's necessary to see any of these guys fight any more but it sure would be nice to see Bowe get back in shape for the sake of his health.[/QUOTE] Took the words out of my mouth.…

No one wants to see any of these fights. These are old men. They shouldn't be taking punches to the head.

Bowe vs Golota 3, make it happen!

[QUOTE=archiemoore1;20651985]Notice how Bowe says nothing at all of wanting to fight Lennox Lewis, the man he threw his belt in the trash can to avoid fighting. Why would u wanna fight Tyson or Holyfield, and NOT wanna face off with…