Ricardo Mayorga: This is Not About Money, If I Lose - I'll Retire

As previously reported, former two division world champion Ricardo Mayorga has announced his return to the ring on April 6 in Guatemala, as part of an event being staged by Pinolero Boxing and Latin Arms Promotions.

Mayorga will Lester Martinez, who is making his anticipated pro debut.

Martinez is regarded as a brilliant fighter in amateur boxing. He's a 2018 gold medal winner at the Central American and Caribbean Games in Barranquilla, Colombia - and feels very confident in his abilities to make his debut against a two-time world champion. 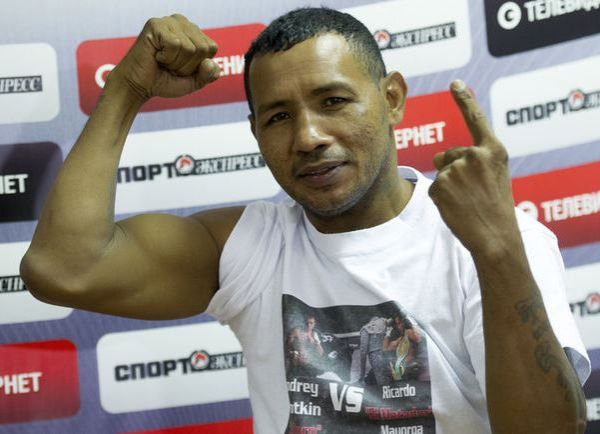 Mayorga, now 45-years-old, makes it clear that he's not continuing to fight for the money.

"I like challenges," Mayorga said. "I have a sports bar business, my wife has a nail salon, I have money in the bank, I always live on interest, I'm fine".

Mayorga did not even know Martinez's name until yesterday.

At this point in his life, little or nothing interests Mayorga with respect to which name he faces in the ring. The important thing for "El Matador" is what they will pay him. In this fight he will pocket 8 thousand dollars for 6 rounds of action at 170 pounds.

Mayorga is in shape, at least physically, with a thin build.

"The debuting boy wants to fight with me and I accepted. I still have the power to knock him out, because I haven't lost my punch. This boy made a mistake, and should have thought of facing an easier opponent. I'm going to knock him out quickly, in the first round," Mayorga said.

Mayorga does not care about people who criticize him or question his continuity in boxing.

After promising several times that he would definitely retire from boxing if he lost some of his previous bouts, Mayorga now seems willing to keep his word.

"If I lose I'll definitely hang up the gloves," Mayorga says.

Why in the world is this even a headline, we should be looking for up and coming stars in boxing or future potential matchups people would like to see not dead vets! I'm just saying.............

Well hes only getting 8k for this and just fought last year and was stopped by some dude who is 12-4. Im sure it will go well

Didn't even know he was still fighting.

[QUOTE=MexicanStyle#1;19512575]Great idea!!! I would pay to get in the ring with him... kind of like reality tv stars that charge to say happy birthday to people on youtube[/QUOTE] It's an idea waiting to be realised - old, shot fighters doing…

Not about the money...... He should give his money to a charity, then He likes challenges......I hope the novice breaks his jaw.