Former two-division world champion Ricardo "El Matador" Mayorga is recovering after taking a severe beating, from a group of unknown assailants, in his hometown of Managua, Nicaragua.

Mayorga was assaulted and beaten to such a degree that it resulted in several fractures.

Relatives of Mayorga reported that he was heading home after having gone shopping for breakfast, when he was intercepted by a unknown group who sought to strip him of his belongings. 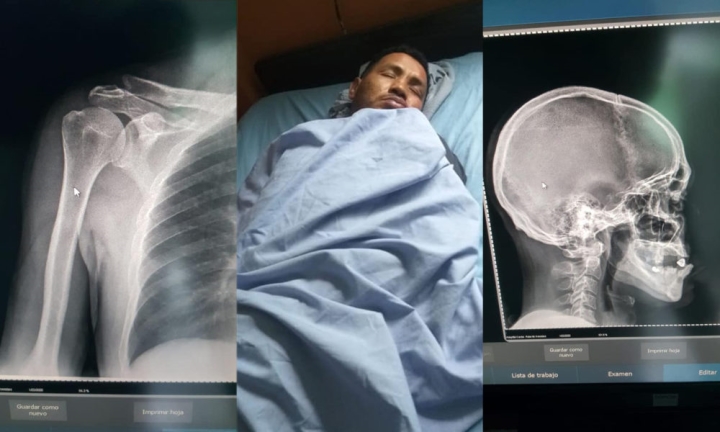 The former boxer was hit with a blunt object to the head and then to different parts of the body. He was beaten to the point where he was left unconscious on the ground. An acquaintance was the one who recognized Mayorga and immediately prepared to transfer him to the hospital.

Mayorga was robbed of some of his belongings - such as a watch, cell phone, cash, some clothes and identification documents.

It was reported that Mayorga is out of danger and has already been discharged to continue his recovery at home.

In the world of boxing, Mayorga was a welterweight world champion under the WBC and WBA and super welterweight champ of the WBC. He boasts a record of 32 wins, 26 wins by knockout, 12 losses and 1 draw.

Mayorga, 46-years-old, was last in the ring in April of last year, when he was stopped in two rounds by Lester Martinez, who was making his pro debut.

[QUOTE=champion4ever;20346609]Are you sure that's Manny Pacquiao's father? It doesn't look like it. Pac is much lighter than he is.[/QUOTE] I don't know if it's his father, but the lighter / darker skin tone is quite common with the flipinos. My…

[QUOTE=champion4ever;20347949]Well that may be true. However, his father still looks like a descendant of Africa to me.[/QUOTE] I know tons of Black people. None look like that. He's a dark skinned Asian with jet black straight hair.

[QUOTE=HeadShots;20347907]Nah asian people can get dark if they stay in the sun. Google Buakaw. A Thai boxer. His hair ain’t nappy.[/QUOTE]Well that may be true. However, his father still looks like a descendant of Africa to me.

[QUOTE=Corelone;20346421]I don't want to go down that road, I'm not anti cop, but my respect is mainly fear. A busy cop is a good cop, busy with somebody else.[/QUOTE] It’s one of the most corrupt and barbaric governments in the…

[QUOTE=champion4ever;20347898]Wow! That is unbelievable! I didn't know that his father was Black.[/QUOTE] Nah asian people can get dark if they stay in the sun. Google Buakaw. A Thai boxer. His hair ain’t nappy.