Reynoso: Ryan Garcia-Teofimo Lopez Can Be Great Fight in Future

Eddy Reynoso, the head trainer for undefeated lightweight contender Ryan Garcia, says a clash with Teofimo Lopez would be a mega-fight in the future.

Earlier month, Lopez shocked the world when he defeated Vasiliy Lomachenko with a twelve round unanimous decision at the MGM Grand's Conference Center in Las Vegas. 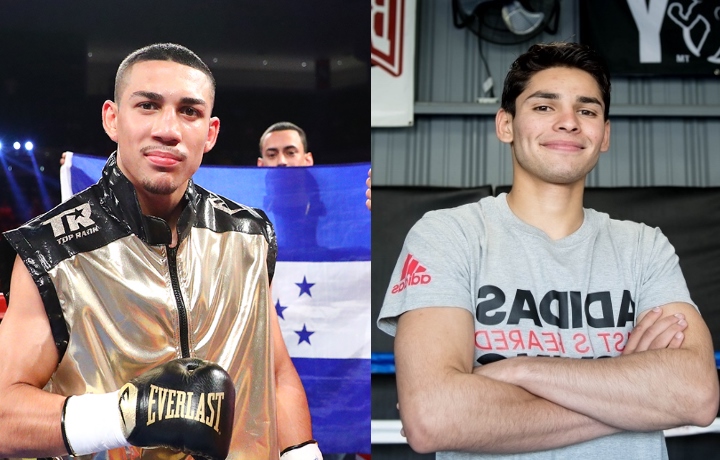 A victory over Lomachenko, regarded as one of the best pound-for-pound fighters in the boxing, has catapulted Lopez's standing in the sport.

In December, Garcia will look to make his own statement when he faces Olympic gold medal winner Luke Campbell for the WBC's interim-lightweight title.

Campbell, who suffered competitive decision losses to Lomachenko and Linares, is the most dangerous and the most experienced opponent Garcia has faced to date.

If Lopez and Garcia continue with unbeaten runs, Reynoso certainly sees a fight between them down the line.

"First of all, I want to send my regards to Teofimo, he had a great fight, it is important that new figures emerge in boxing. And yes, that fight [between him and Garcia] can take place in some time. Ryan is a young fighter, who is learning and is disciplined. It can be a great fight," said Reynoso to ESPN Deportes.

"Teofimo, after having beaten Lomachenko, you have to place him within the top five [of the pound-for-pound best in boxing]."

Unless Lopez suddenly becomes damaged goods from fighting top competition while Garcia is fed cab drivers , Lopez smokes Garcia at any point over the next decade.

[QUOTE=Jayallday9;20845137]Ryan is GBP's future cash cow so expect them to do the same thing Floyd does with Gervante, they will not be put in with someone they can lose against any time soon. Garcia will wash Campbell too.[/QUOTE] Don’t compare…

If Garcia doesn't learn to tuck his chin, he's going to take a few power naps once he faces better competition.

[QUOTE=Al Broker;20844888]Nah. Ryan KO’s Lopez. You guys aren’t following the Reynoso gym. Ryan’s build is becoming like a bull. His physique has changed drastically in a year. He will be bigger than Lopez when they meet. Haney too is trailing…

[QUOTE=Squ□redCircle34;20845206]Yeah you’re right, I remember when Kovalev was looking like an all time great KO artists until he ran into Ward, I also remembered when Golovkin was knocking everyone and anyone out till he ran into Jacobs[/QUOTE] I see what…