Dignity Health Sports Park, Carson, California - For the World Boxing Council Continental Americas welterweight title, Alexis Rocha (14-0, 9 KOs) took his time, round by round, to break down and stop a tough Berlin Abreu (14-2) in the eight round.

Rocha was battering Abreu with an arsenal of punches in the eight, which forced referee Jack Reiss to jump in to wave off the contest.

The contest was the first for Madiyev since losing a five round technical decision to Pablo Cesar Cano in September of last year.

The win over Sismundo was far from easy, with the away fighter coming forward all fight and throwing a lot of punches.

Gonzalez dropped Padron twice in the first round. And put him down once more in the second for the stoppage.

Gonzalez bounces back after going to a majority draw with Ivan Delgado in October of last year.

Middleweight Jonathan Esquivel (11-0, 10 KOs) knocked out Gregory Clark (4-4) in the first round with a body shot. 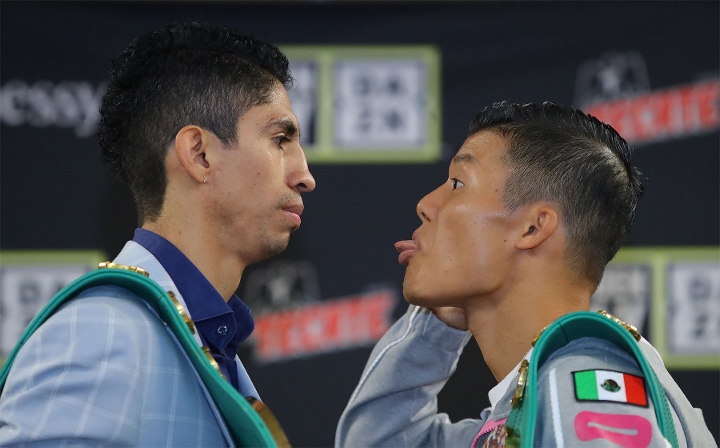