Jr. featherweight hasn’t had a fight of the year yet this decade. If that feels surprising, it speaks to the memories etched in the 00’s.

From 2000-2009, 122 lbs. delivered the goods to near universal acclaim four different times in Barrera-Morales I, Sithchatchawl-Monshipour, and the second and third chapters in the Vazquez-Marquez rivalry.

If not for the first battle between Mickey Ward and Arturo Gatti, Israel Vazquez may have found himself in a third fight of the year as well following his second bout with Oscar Larios.

If that was a peak time for Jr. featherweight, it doesn’t mean it was the only great time. The reign of Wilfredo Gomez, a brief interlude from Jeff Fenech, the 90s affairs of Welcome Ncita, Kennedy McKinney and Junior Jones alongside Barrera and Morales, and the US emergence of Manny Pacquiao have made for a class whose modern iteration is a wealth of riches even if it only really dates to the 1970s.

This decade hasn’t been too shabby either. Nonito Donaire, Guillermo Rigondeaux, Carl Frampton, Scott Quigg, and Leo Santa Cruz kept the shelves stocked. In 2019, the Jr. featherweights are finding identity again. Daniel Roman has unified a pair of belts. Emmanuel Navarrete exploded to prominence with two wins over Isaac Dogboe.

And then, if only by about nine months, Rey Vargas stands as today’s longest and perhaps quietest reigning titlist in class. Saturday, we may not get a fight of the year but there are some ingredients for real combat as Vargas makes his second start of the year against a former bantamweight champion with a chip on his shoulder (DAZN, 7 PM EST). 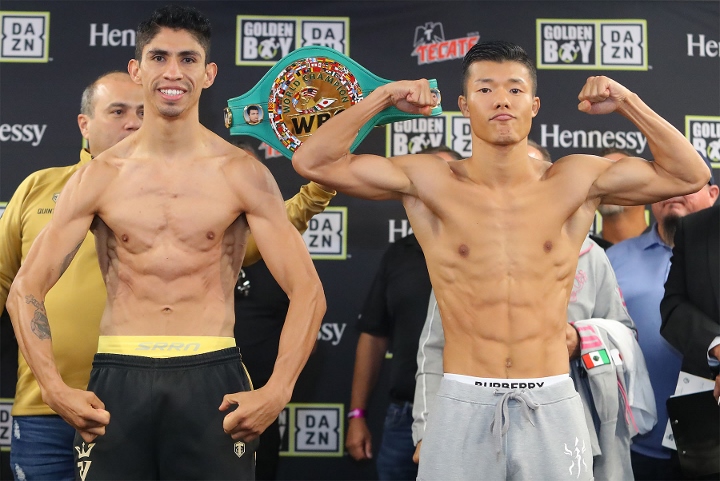 The Pick: Kameda has shown in the past he knows how to compete with a longer limbed battler. McDonnell, like Vargas, had several inches in reach on Kameda. Unlike Vargas, McDonnell also had a significant edge in height but he didn’t use it much. Despite that, he got past Kameda both times, often by outworking him. Kameda goes to the body well and has a sneaky right hand that gets between the gloves down the middle. Vargas does a good job of using his reach and keeping fighters outside, and throws combinations with authority to keep them there. Neither fighter goes home early often these days. Kameda hasn’t scored a stoppage since 2014 and Vargas has gone the route in all his title fights. That means we are likely to see a fight that comes down to who can best capture the eye with effective activity. Kameda may read as more accurate by the end of the night, but will he throw enough? The guess here is Vargas will outwork him and earn a decision to retain his belt in a good fight.

I'm loving these cards on DAZN so far! It's going to be a close fight but I hope Rey Vargas wins, War Vargas!!