Rey Vargas Not Bothered By Luis Nery's Talk, Willing To Fight Him

Focused on new projects and without neglecting the necessary training in the gym, undefeated WBC world super bantamweight champion Rey Vargas says he is ready to return to the ring whenever Premier Boxing Champions [PBC] tells him to.

Vargas hopes to get a big fight this year - and among the names he would like to face is his Mexican compatriot Luis 'Pantera' Nery - who also works with PBC.

"For now the focus is the next fight, as far as I know. Everything was paused... but we don't know [what's next] until we confirm everything. Hopefully we can do a couple of fights in what remains of this year. I'm still at 122 pounds. We were looking for Leo Santa Cruz at 126, but it looks like he is going to 130 pounds, so the plan is to make a couple more defenses at least and then evaluate what my body tells me and what my promoter says," Vargas told ESPN Deportes. 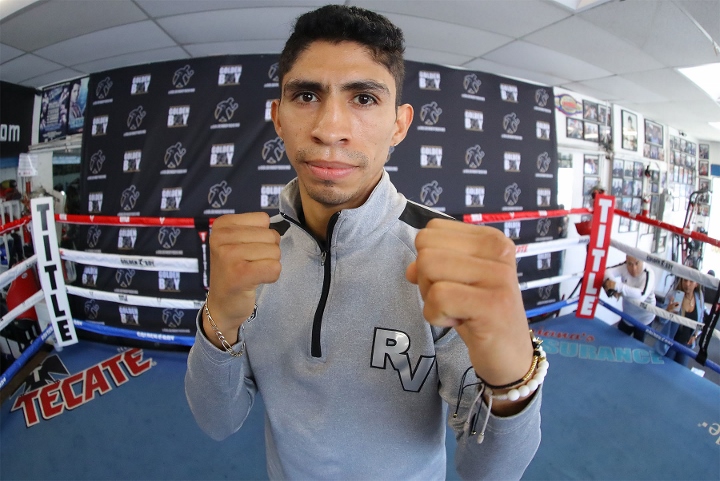 Vargas (34-0, 22 KO's) has several big fight options at PBC, including Brandon Figueroa, Guillermo Rigondeaux and Nery, who a few days ago made a statement that Vargas was a bad fighter.

"My focus will be on the next fight, but I know there are good opponents, let's see what comes next. You know that when you are world champion you are the point of attraction for everyone, and everyone wants their chance, there are those who earn it and others who are bullies," Vargas said.

"The Luis Nery thing is not a bad option, I think it can be an interesting fight, he is talking more about me.... I do not give it any importance because it's just talk, and he has no title, all he wants to do is make noise, but if it happens his moment is coming."

Back in February, Vargas celebrated three years as world champion of the World Boxing Council and since then he has made five successful defenses of the green and gold belt.

Make it happen! Carson Califas would do just fine!

[QUOTE=Citizen Koba;20593868]Damn right, now this ones a tasty fight... I'm thinking a war with Vargas succumbing to Panteras greater skill and power in the 3rd quarter.[/QUOTE] I can see that, it’ll be fun for sure

[QUOTE=Robi13;20593613]Now this would be a legit all out war![/QUOTE] Damn right, now this ones a tasty fight... I'm thinking a war with Vargas succumbing to Panteras greater skill and power in the 3rd quarter.

Figueroa vs. Rigo! Double-Header! Nery vs. "Cool Boy" Steph! Let's Get It!