Rey Vargas: I'm Going To Give Kameda a Boxing Lesson

It's been more than 10 years since Rey Vargas defeated Tomoki Kameda when they were amateurs in Mexico, and the Mexican boxer is confident that he will do it again on July 13 when they meet at the Dignity Health Sports Park in Carson, California.

Vargas will stake the super bantamweight championship of the World Boxing Council.

Kameda has promised to avenge that tough defeat of his amateur career. 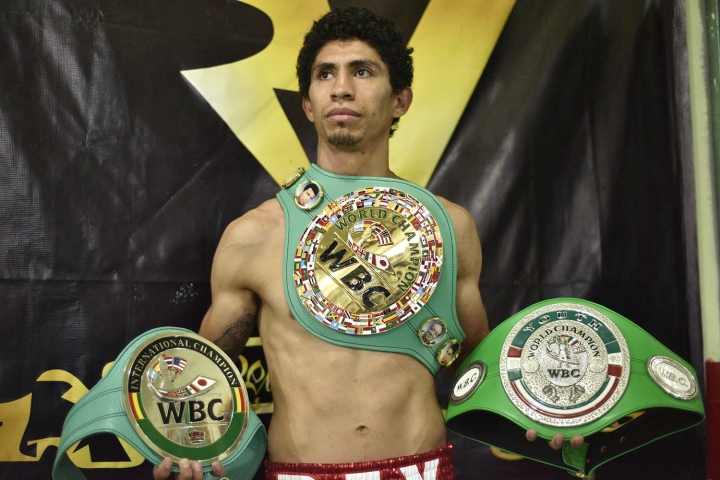 Just a few days after his camp closure in his native Otumba, State of Mexico, Rey believes that both he and Kameda have improved a lot, but his boxing and technical arsenal will allow him to come out with the victory in search of more glory in the pro ranks.

"I think both he and I have changed in many things, the professional ranks are different and the fight will be different, but the result will be the same, we will win because our ability to adjust is better as the fight progresses."

Rey stated that he does not care if Kameda comes with the passion to try to avenge that defeat in the amateurs, because the thorn is going to stay stuck.

"Maybe he sees it as a path for revenge, but I do not, I always respect my sport, I love what I do and things now are different. For him it will be worse because he will stay buried with that loss, I will go out and work and do my boxing," Vargas pointed out

About the fight he expects this July 13 in California, he said he will take advantage of anything, and believes he has the conditions to give a boxing lesson.

[QUOTE=Zaroku;19886595]El mexicanito is a real threat.... two Mexican warriors.. Throwing chingasos..... Let the best man win... Btw... after posting proof of how crazy stupid I am Z vs doubters... Shalom[/QUOTE] Kameda isn't even close to the level of Roman, Navarrete,…

[QUOTE=FinitoxDinamita;19886559]Why is it taking so long for Vargas to fight a real threat? His management probably knows his limitations and wanna milk that title for as long as they can. Vargas is a weak weak title holder.[/QUOTE] El mexicanito is…

Why is it taking so long for Vargas to fight a real threat? His management probably knows his limitations and wanna milk that title for as long as they can. Vargas is a weak weak title holder.