Rey Vargas Hopes To Return on The Canelo-Fielding Card

The much anticipated return of unbeaten world champion Rey Vargas is being worked out.

Vargas is already getting mentally ready for the fourth defense of his WBC super bantamweight title, according to his promoter Oswaldo Kuchle.

Vargas could return to the ring on December 15th as part of the card headlined by Mexican superstar Saul "Canelo" Alvarez, who moves up in weight to challenge WBA "regular" super middleweight champion Rocky Fielding in Madison Square Garden in New York. 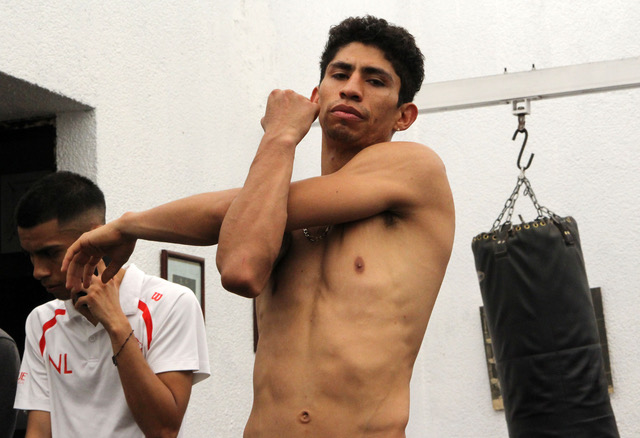 Rey, who has a promotional contract with Golden Boy Promotions, momentarily paused his career due to the surgery he underwent on his left hand in the middle of the year, after defeating the Armenian Hazat Hovhannissyan.

Knowing the distinct possibility of being part of this huge card, he`s voicing keen enthusiasm, trusting that this option could be settled in the next few days.

"The December 15 card is amazing. We really want to be part of it. What better than two Mexican champions on that date,” said Vargas.

His promoter suggests that the most appropriate opponent is the Venezuelan boxer Franklin Manzanilla, who defeated Julio “Pollito” Ceja in May.

“It seems that he would be the opponent. Nothing confirmed yet. But I will arrive very strong and in great shape to defend my title and show everyone who is the world champion,” Vargas added.

Vargas also stating - “We have evolved faster than expected. We thought it could take a little longer. We`re progressing step by step, taking it calmly according to doctor`s orders. I hope and I want to return very soon.”

Vargas was rising fast on the airwaves of HBO, but the network recently announced their decision to drop boxing. Luckily, Golden Boy signed an exclusive content deal with streaming service DAZN.

[QUOTE=bigdunny1;19235556]seriously lol So far the fighters that have ALREADY been confirmed to be on the undercard and are already listed on the card with boxrec Ryan Garcia Tevin Farmer Katie Taylor The fighters who said they are in the running…

[QUOTE=SethP;19234387]Everyone wants to be on this damn card. Lol[/QUOTE] seriously lol So far the fighters that have ALREADY been confirmed to be on the undercard and are already listed on the card with boxrec Ryan Garcia Tevin Farmer Katie Taylor…

"hopes to fight on the card" - translation >TBA incoming.

So who's he hoping to fight? This card is only about 5-6 weeks away & by time negotiations are completed I can't see anything special happening. Vargas needs a unification fight if he's to gain any credence!

Everyone wants to be on this damn card. Lol