Coming to a convention center or casino parking lot near you… the 2020 fight of the year.

For the undisputed welterweight championship of the world.

Not if you ask Prograis, a rising 29-year-old who’s not averse to the idea of adding a few pounds to pursue bigger fights once his to-do list at his current weight – 140 – is complete.

“They’re packed. All those divisions (around where I’m fighting) are packed,” he said. “That offers a lot of different opponents coming out of the tournament.”

The tournament to which he refers is the latest incarnation of the World Boxing Super Series, now taking its “best of the best” mindset to the land of the super lightweight/junior welterweight – where Prograis (22-0) is seeded first in an eight-man field that also includes current WBA champion Kiryl Relikh, ex-WBO claimant Terry Flanagan and a handful of unbeaten wannabe elites.

Two of those unconquered commodities, Ivan Baranchyk (18-0) and Anthony Yigit (21-0-1), will meet in a quarterfinal a week from Saturday in New Orleans on the undercard of Prograis’ own quarterfinal against the aforementioned Flanagan at Lakefront Arena.

The winner of his fight will face Relikh for the WBA strap, while the Baranchyk-Yigit winner earns the vacant IBF crown and will carry it into a subsequent duel with the survivor of a Nov. 3 scrap between Josh Taylor (13-0) and Ryan Martin (22-0). 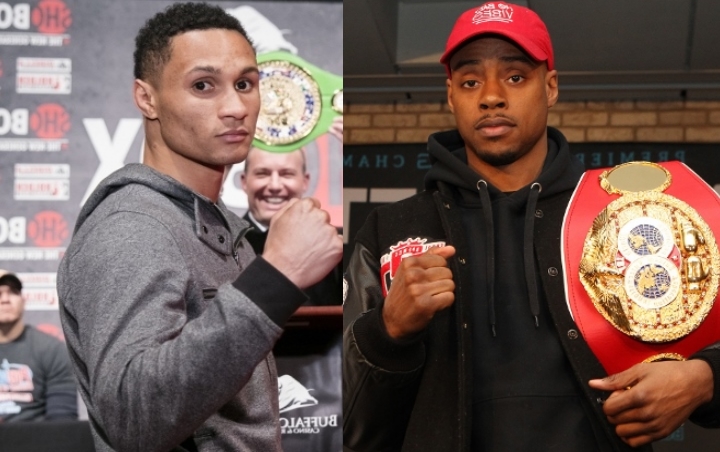 The semifinal winners are scheduled to meet sometime in 2019, but you’ll forgive the confident Prograis – ranked first at the weight by Ring Magazine – if he’s already got bigger quarry in mind.

And by that he means Spence, the cool-handed Texan who holds the IBF’s belt at welterweight, is the “Bible of Boxing’s” top man in the division and also handed Prograis two defeats – one close, one more decisive – as an amateur.

“Errol Spence is a monster at 147,” he said. “If it happens I think it’ll be a real big fight. You can definitely build a story up behind it. We fought in the amateurs. Of course, if I’m at 147, I think that’ll be a fight.”

Both southpaws, the two are just 11 days less than a year apart in age, and they’ve combined for 40 knockouts and six wide decisions across 46 professional victories that have spanned 176 rounds.

On a prospective tale of the tape, the 5-foot-8 Prograis would face a 1½-inch disadvantage in height and a corresponding five-inch gap in reach. Still, because he competed at 152 pounds as an amateur and has been as heavy as 151 pounds as a pro, the Cajun-turned-Texan senses an opportunity for success.

Spence, by the way, is second to WBO champ Terence Crawford, according to the Independent World Boxing Rankings, which consider all fighters at a weight regardless of their titles or sanctioning status.

“I definitely think I can handle the load at 147. I actually think I’ll be really more effective at 147. I’ll probably put on a few pounds of muscle,” Prograis said. “I think I’ll match up good against any one of those guys. I just think I have the skill. Of course I have the punch. The only thing I will probably need is to make my legs a little stronger so I can absorb the punch they can give me.

“I know I can take a punch from a 147-pound person and even a 154-pound person, because I’m very durable, but I will need to thicken up a little more.”

WBA cruiserweight title – Marseille, France
Arsen Goulamirian (“champion”) vs. Mark Flanagan (No. 10 WBA)
Why it’s garbage: Anyone with sense knows the WBA is putrid, but this is a stretch even for a trash outfit. Goulamirian is among no fewer than four fighters listed as champ at 200 pounds, which means anyone associating the word “title” with this fight without a demeaning adjective is just as filthy.

WBA middleweight title – Las Vegas, Nevada
Ryota Murata (“champion”) vs. Rob Brant (No. 3 WBA)
Why it’s garbage: Brought to you by the fools who boosted Gennady Golovkin’s defense total into the 20s, some will no doubt pump this silliness up as Murata’s third championship defense – in spite of the presence of Golovkin’s recent conqueror, Canelo Alvarez, in the very same weight class. Don’t buy it.

[QUOTE=The3;19199592]They fought each other twice with Spence winning both time, Spence won the first fight 3-2 , and the second fight blowout[/QUOTE] Neither fight was a blowout and Regis was the only fighter in that series that Spence didn't knock…

[QUOTE=The Big Dunn;19198219]I find it disingenuous when a fighter whose promoter has an exclusive network deal talks about a champ in his division that is promoted by someone with an exclusive deal on a different network. Prograis is tough and…

They fought each other twice with Spence winning both time, Spence won the first fight 3-2 , and the second fight blowout