Regis Prograis is Motivated To Compete in WBSS Tournament

For 'Rougarou' it's a chance to get meaningful fights and raise his profile moving forward.

When asked when he was first made aware of this opportunity, he explained to BoxingScene.com - "I think it was right after the (Julius) Indongo fight or maybe even before. They were telling me it might happen. I was like, 'Of course, I'll enter into it,' and that as the whole thing with the (Jose) Ramirez fight too." 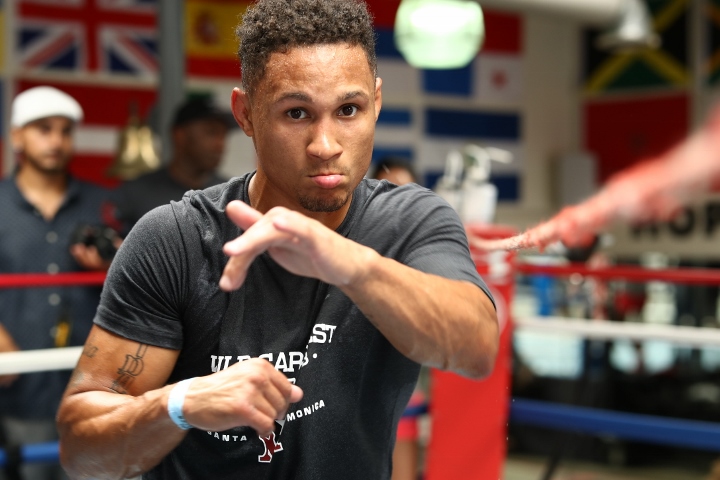 Ramirez, the reigning WBC 140-pound title was obligated to face Prograis after winning the vacant title against Amir Imam back on March 16th but a deal was struck for both to go their separate ways for the time being.

"I don't know about the negotiations, the business side of things but from what I heard we wanted to fight him in July to try to pick up that belt," explained the 29-year old native of New Orleans.

"They said, 'No, we'll fight you in August or something like that.' We were like,'You know I'm going into the tournament I have to fight in June or July, that's the only months.'

"But I found out about (the tournament) right after the Indongo fight."

Also announced for theWBSS 140 tournament - is Kiryl Relikh, who is the WBA junior welterweight champion, Anthony Yigit (European champion and IBF mandatory), Ivan Baranchyk (IBF mandatory and facing Yigit in round one), Josh Taylor (WBC mandatory), and Eduard Troyanovsky (WBA mandatory and facing Relikh in round one). WBSS organizers had wanted to secure WBO champion Maurice Hooker, but he's now bound to make a mandatory defense against Alex Saucedo in the fall.

I hope to watch Mikey Garcia vs Regis one day.

140 Pound WBC World Champion The Peoples Champion JOSE RAMIREZ-"Rouga-Rouga'Rou Where are you?"

Great move by Prograis entering this thing. I have no doubt he'll walk away with the Crown.