For nearly three months, Regis Prograis has awaited word on a date and location for his World Boxing Super Series tournament finals bout with Josh Taylor.

His next fight will instead come versus the tournament organizers.

In a development first reported by Sports Illustrated senior writer Chris Mannix, the 140-pound titlist has withdrawn from the WBSS super lightweight tournament in a move that was accompanied by a lawsuit filed Friday afternoon with a federal district court in the state of New Jersey.

Prograis (24-0, 20KOs) is joined by DiBella Entertainment (DBE)—his longtime promoter—as plaintiffs in a formal complaint against defendants Comosa AG, WBSS founders who have overseen both seasons of five separate tournaments spanning four weight divisions. According to the filed lawsuit—of which BoxingScene.com has obtained a copy—the heart of the complaint centers on Comosa’s failure to deposit purse funds and potential win bonus into an escrow account as contractually promised. 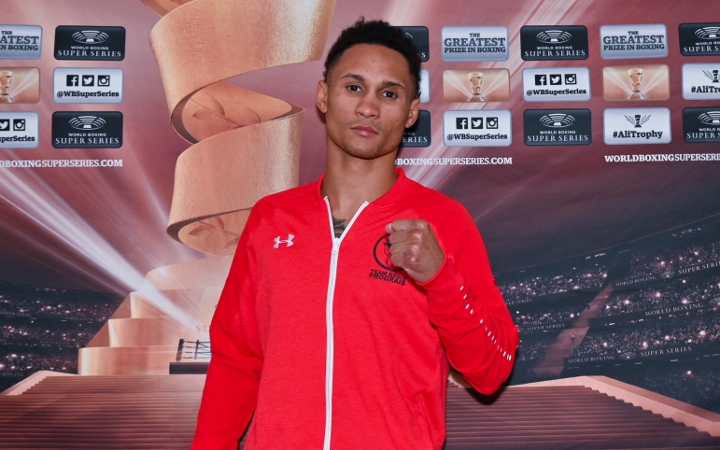 A statement revealed through DBE press office noted that “today in the United States District Court for the District of New Jersey, Regis Prograis and DiBella Entertainment, Inc. filed for a declaratory judgment that Comosa AG, the owner of the World Boxing Super Series, has breached its contractual obligations to Prograis and DBE.

“Prograis and DBE further informed Comosa that Prograis is withdrawing from the WBSS, effective immediately.”

With the withdrawal, Prograis also walks away from a potential $2 million payday had he defeated Scotland’s Taylor (15-0, 12KOs) in the finals.

Of course, a payday is a lot nicer when the money is guaranteed. At no point in the second season of the WBSS tournament has that been the case.

The complaint indicates that “plaintiffs bring this action to resolve the justiciable issue of Prograis’ status as a WBSS participant. Specifically, Plaintiffs seek a declaration that Comosa’s conduct, in not entering into a new escrow agreement on substantially similar terms as the original Escrow Agreement, violates the material terms of the Escrow Agreement with DBE and Prograis and the parties bargain for Prograis’ continued participation in the WBSS.

“Plaintiffs further seek a declaration that DBE and Prograis are free of any obligations to Comosa or the WBSS and can pursue other opportunities in the sport.”

Prograis was guaranteed $700,000 for his finals clash with Taylor, and for the winner to collect a $1.3 million win bonus. Early whispers suggested the fight was going to take place on October 5 at a location to be determined in the United Kingdom, other than Taylor’s home country of Scotland.

Such a date would have aligned with Comosa’s assurance of the finals taking place no later than October 7. By July 29, DBE attorney Alex Dombroff contacted the tournament organizers in search of an update along with assurances that the funds would be placed in escrow as promised.

According to the complaint, Comosa’s Chris Meyer replied that such fight details would be finalized by no later than August 5. With that came a revision to when the funds were due to be deposited into an escrow account. DBE demanded the following breakdown for the potential $2 million purse:

Comosa granted such assurances, though from the alleged understanding that DAZN—the sports streaming service whom has broadcast all of the WBSS season two tournament bouts spanning three weight divisions—never approved the rumored October 5 date.

Not only did Comosa fail to honor the deadline, but didn’t respond until August 6th and with a new proposal. By that point, another tournament bout had been announced—the bantamweight finals between fellow titlists Naoya Inoue and Nonito Donaire, which will take place Nov. 7 in Inoue’s native Japan.

That the later date was announced before the super lightweight finals raised a red flag. So, too, did Comosa’s August 6th response and counter offer on escrow payments as follows:

Two days later came another revision, this time with the fight date—which was bumped up a week to September 28, thus giving participants even less time to prepare. A location was not cited in the draft submitted to DBE.

“The new offer clearly violated the Escrow Agreement’s set schedule of escrow payments. It also grossly violated Meyer’s stated deadline for “reasonable notice to the Boxers,” which he emailed less than a week prior,” read the complaint. “Moving the date of the final one week closer also gave Prograis even less time to train for final. The fighters in the WBSS are required to travel to the site of the bout at least one week in advance of the fight in order to do publicity.

“Even if Prograis were to start his training camp immediately on August 8, he would only have a little over six weeks to be in prime condition.”

By that point, Prograis himself had enough and instructed the team to file a lawsuit in efforts to break free from the tournament altogether. The New Orleans-bred boxer patiently waited out overdue payment from his quarterfinals win over Terry Flanagan last fall, having to threaten to sue in order to finally collect his $1 million purse—$500,000 guaranteed plus $500,000 win bonus.

Another DBE client, Ivan Baranchyk went through a similar ordeal following his quarterfinals win over Anthony Yigiti. His team threatened to withdraw from the semifinals versus Taylor unless they were not only paid in full from the quarterfinals but also guaranteed that their money would arrive on time heading into and through the semifinals.

Baranchyk ultimately remained in the tournament, dropping a competitive but clear decision to Taylor to concede his unbeaten record and 140-pound title this past May in Glasgow, Scotland. By then, Prograis had already dethroned Kiryl Relikh to win his first major title, for which he received a total compensation package of $1.1 million—$500,000 purse and $600,000 win bonus—on time.

The win was a savory moment for Prograis, who actually had to convince his handlers to let him remain in the tournament. His goal all along was to win all of the belts within the tournament and then challenge whomever else in the division has a major title. Right now, that would be Jose Carlos Ramirez, who unified two belts in a knockout win over Maurice Hooker this past July.

Ramirez and his team collected a career-high $4 million total compensation package for the win and is already in negotiations for a third fight in 2019, a mandatory title defense versus Jack Catterall. Such a luxury was to be afforded to the tournament participants had the series wrapped up by summertime as originally promised.

It was just one of the many assurances that tournament organizers failed to honor, this last one proving to be a breaking point for Prograis.

“Trust me, I would much rather be preparing right now to fight Josh Taylor in a ring rather than getting ready for a battle in a courtroom,” Prograis told BoxingScene.com, though declining further comment given the active lawsuit.

Monetary compensation was not cited in the lawsuit; rather, that a court finds “that Comosa has violated the Escrow Agreement by not entering into a new escrow agreement on terms substantially similar to the original Escrow Agreement.”

From there, the ultimate legal settlement sought is that Prograis is free and clear to resume his career without further obligation to Comosa or the WBSS.

[QUOTE=edpboxing;19976143]Subriel Matias was name alternate after winning on the Prograis-Flanagan card. Haven’t heard his name mentioned in association with the tournament since though[/QUOTE] Ok. I think it would be a little early for him but at least there might be…

So f.ucking Wack on Prograis & Dibella part to do this Donaire / Inoue just got announced you’d assume Prograis/ Taylor would be announced shortly Thereafter It’s been a little over 9-10 months since he fought Flanagan, Yeah this year…

imo just stupid..... giving up a guaranteed unification bout (guaranteed since its in the tournament no running around it) he coulda just sued them later.... if he had no money im sure a promoter interested enough would upfront him some…

I love the World Boxing Super Series content. It's one of the highlights of DAZN. Pitting the best fighters in each weight division against each other in a tournament style is a very good concept. However, unfortunately the series are…