Regis Prograis: I Want Crawford, Postol, Broner - I Want Them All!

Undefeated super lightweight Regis Prograis made an emphatic statement Friday on ShoBox: The New Generation, knocking down previously undefeated Joel Diaz Jr. four times in the second round as he stamped his arrival as a legitimate contender in the 140-pound division.

The southpaw Prograis (20-0, 17 KOs), who was making his fourth start on the prospect developmental series, called out the top names at 140 after the second round demolition (TKO 2:55) at Turning Stone Resort Casino in Verona, N.Y.

The special Hall of Fame edition of ShoBox: The New Generation featured four members of the International Boxing Hall of Fame: ShoBox mainstays Barry Tompkins and Steve Farhood and special guests Al Bernstein and Jimmy Lennon Jr.  Tompkins and Farhood will be inducted just down the road in Canastota on Sunday in a 2017 class headlined by boxing greats Evander Holyfield, Marco Antonio Barrera and Johnny Tapia. 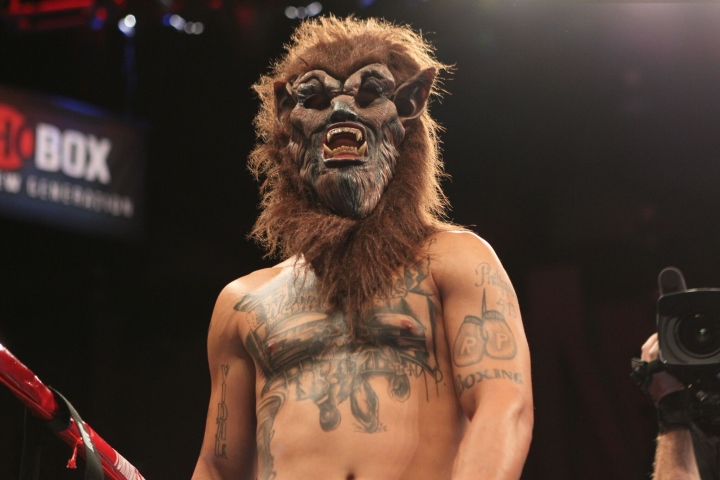 The super lightweights, Prograis and Diaz, entered the main event with a combined record of 42-0, but it was clear they were in a different class after the first round.  Prograis knocked down Diaz in the opening 30 seconds of the second in an exchange that appeared to be the result of a clash of feet.  Regardless, Prograis smelled blood and pounced on Diaz, flooring him again with a straight left midway through the round.

The Houston resident, who relocated from New Orleans after Hurricane Katrina, knocked down Diaz again just 15 seconds later with a straight left.  The fourth and final knockdown, courtesy of a left hook, sent Diaz (23-1, 19 KOs) tumbling back and was enough for referee Mark Nelson to halt the bout with just seconds left on the clock.

It was a convincing statement for Prograis, who landed 62 percent of his power shots in the toughest test of his career.

“Tonight I proved I graduated from ShoBox,” Prograis said.  “I’m ready for the bigger stage. I’m ready for the big show.  I want to fight best the best in the division.  I want (Terrance) Crawford, (Victor) Postol, (Adrien) Broner.  I want them all.  None of these guys have fought anybody like me.  The boogeyman is coming.  They better get ready.

“He was tough, he was strong and hit hard, but I went through it.  That’s another opponent I ran through.  I run through everybody.  I’m ready for my shot.  I’m coming for everybody at 140.”

Diaz, who became the 164th fighter to suffer his first defeat on the series, was clearly disappointed with his game plan.

“I should have used my jab a bit more to knock him down but I came out swinging."

[QUOTE=Califire209;17749464]The kid is a sharp puncher but let's see him step up and face Antonio Orozco before he gets a title shot, the winner of that fight can get Crawford[/QUOTE] thats a good fight.

The kid is a sharp puncher but let's see him step up and face Antonio Orozco before he gets a title shot, the winner of that fight can get Crawford

[QUOTE=BigZ44;17748642]This was the 3rd time I have seen him I believe. [B]Saw him win every rd against Cowart a few years ago[/B] as well as when he blasted out Aaron Herrera in a rd last year. He gets better every…

I'm not suprised Prograis won, or how he won. Joel was all about his power and how Prograis only had speed. ONLY had speed. That's the give. Joel speared himself going for a KO. Crawford won't do that, he'll use…